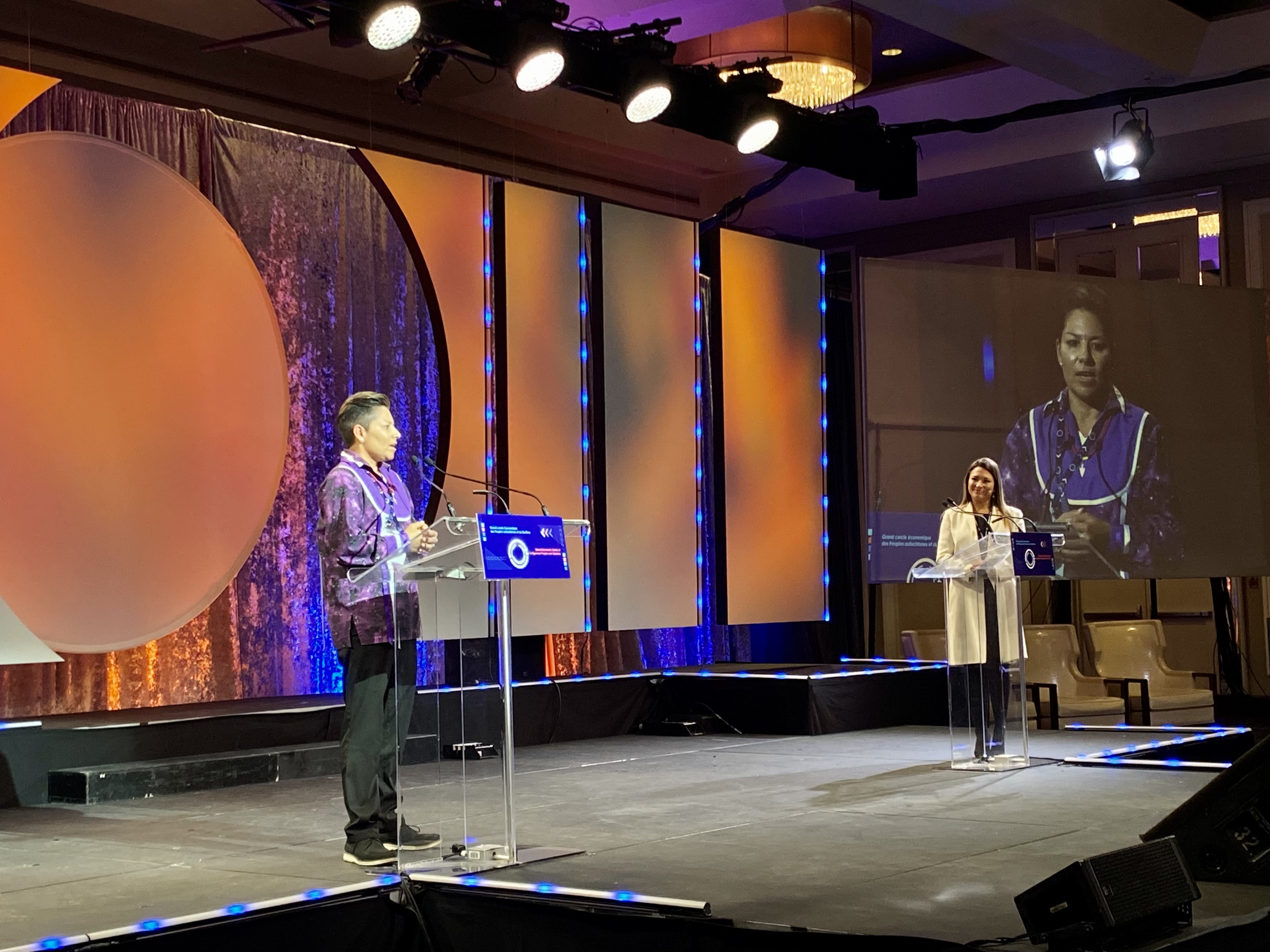 Economic wealth is intrinsically dependent on the land.

First Nations leaders attending the Grand Economic Circle of Indigenous People and Quebec continually made this point during the event held in Montreal on November 25 and 26.

“It’s all happening on our land and this needs to be respected and recognized,” Mohawk Council of Kahnawake (MCK) grand chief Kahsennenhawe SkyDeer told The Eastern Door.

“Timing is everything and it was very timely to bring together all Indigenous people in the province to sit down with representatives of the provincial government and try to make them commit to making us a part of the economy moving forward.”

During the two-day seminar of roundtables and networking events, Onkwehón:we leaders and entrepreneurs, non-Indigenous businesspeople and elected officials were invited to discuss the topic of economic inclusion of Indigenous Peoples.

Among the major themes discussed were the questions of employment and training, major projects, entrepreneurship, procurement, Indigenous tourism and housing.

“It’s been draining,” said chief of the Assembly of First Nations Quebec-Labrador (AFNQL) Ghislain Picard as the day drew to a close on Friday. “It’s been motivating as well, but it’s a challenge and it’ll continue to be a challenge.”

The event, organized by the AFNQL, Quebec government and the First Nations of Quebec and Labrador Economic Development Commission (FNQLEDC), strives to move past obstacles to serve as the starting point for a lifelong movement.

It’s to that effect that 130 Quebec businesses moved to adopt the “Great Circle of Commitment” declaration.

“By participating in this Grand Economic Circle, these leaders had the opportunity to be part of a historic event, which was held in a spirit of reconciliation and whose impact will help lay the foundations for the creation of wealth for, by and with the Indigenous Peoples,” reads the declaration. 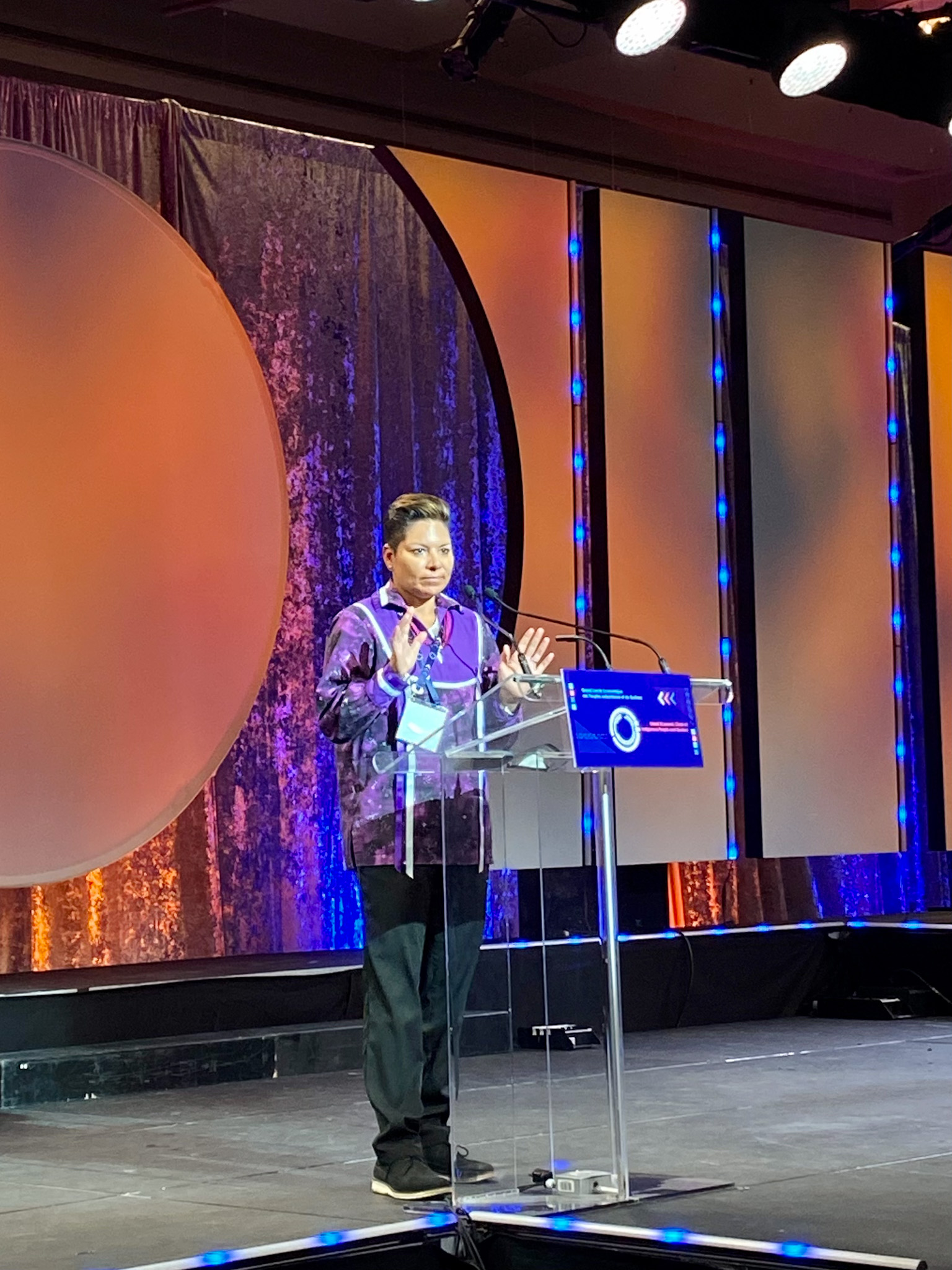 To further hold those present to their word, the final commitment states that signatories agree to hold regional Grand Circles and to meet again at the provincial level within five years “in order to take stock of the progress made and discuss new commitments.”

While the declaration maps a set of conduct for businesses and organizations to adhere to, a level of wariness prevailed among Onkwehón:we leaders present.

After the declaration was presented on Friday, Piétacho was quick to remind provincial government officials and entrepreneurs of the tremendous work needed to erase the years during which Indigenous people were systematically cast aside.

“It’s long – it’s obviously very long, and I think at some point we’re going to have to say let’s get on with it because we’ll see the results in five years,” said the chief. “That’s what’s important, because we have so many glaring needs in our communities.”

Upholding the timeline set forth in the declaration only goes so far, noted Piétacho, who was also present at the First Nations Socioeconomic Forum held in 2006.

The event held with the same goal of Onkwehón:we economic inclusion took place 15 years ago in Mashteuiatsh. Although there were calls to meet again within five years, there was no declaration signed at the time.

Alongside the written commitment to meet again in five years, Quebec officials also promised to hold regional meetings where issues specific to individual communities could be discussed.

“We will innovate together by working community-to-community and nation-to-nation,” noted the province’s Indigenous Affairs minister Ian Lafrenière. “(Today) is a commitment – a strong message but it doesn’t stop us from working on concrete projects that are going on every day.”

After a 30-minute delay, Legault took the stage to address participants, but didn’t make time to meet with Onkwehón:we leaders. 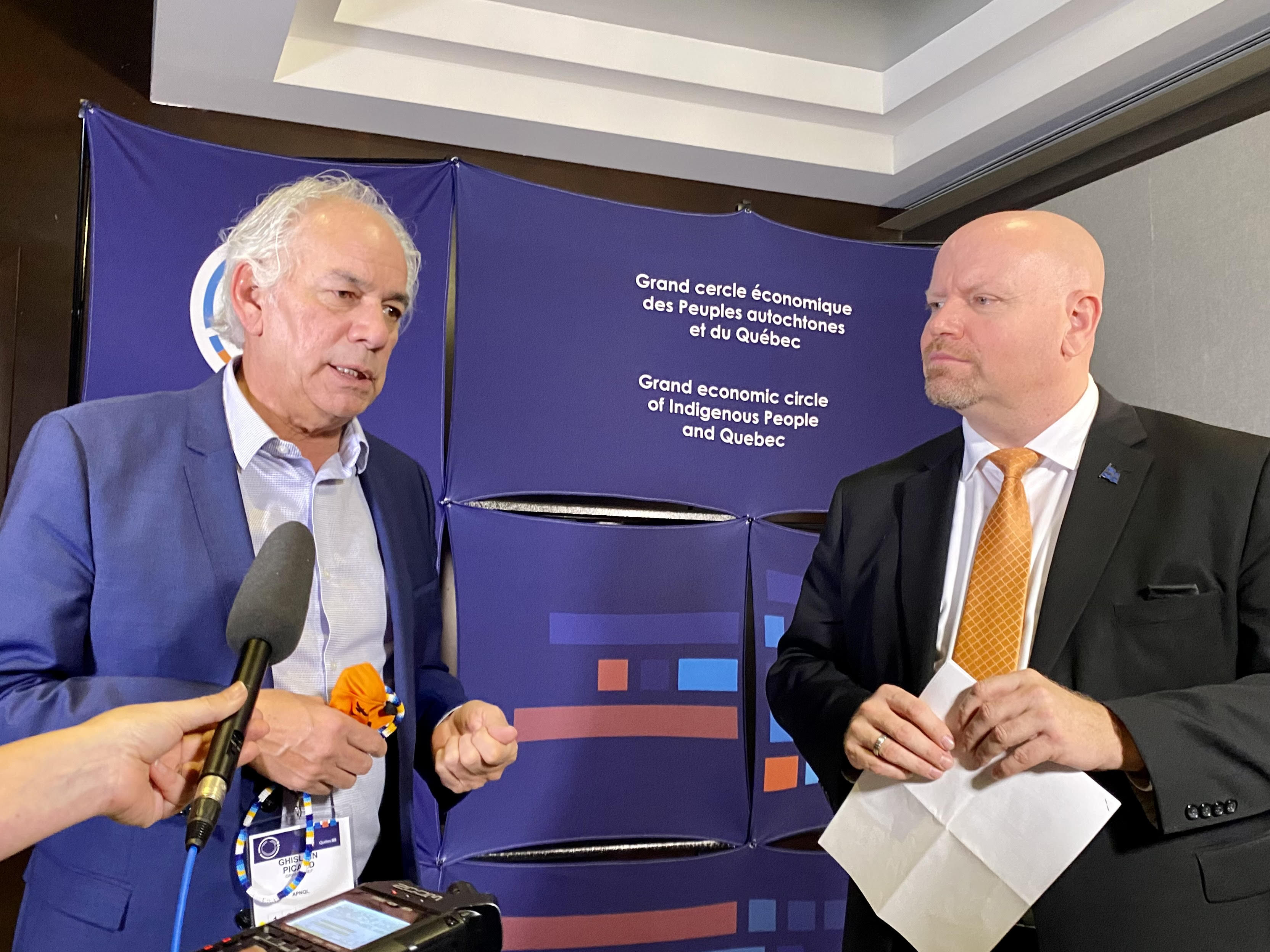 “It’s the same pattern repeating itself,” said AFNQL’s Picard at a press conference. “A government that will make announcements, polish its image (to) look good – and then the onus will be on us to again demonstrate that good faith. It’s a very vicious cycle.”

During his speech, the premier announced that Quebec will invest $10 million over five years to support the new First Nations Leadership School at HEC Montreal, which was unveiled on Thursday.

“(Autonomy) starts with education,” stated Legault in his presentation.

With 10 months left before the next provincial elections set for October 2022, Legault encouraged First Nations to submit ideas for initiatives to his government.

“I’m ready to discuss any and all interesting projects with them, and it would include profit sharing,” said the premier. “To me, the best way to motivate everybody is to be a real partner in the profits.”

Accusing Legault of arrogance and paternalism, Picard concluded the two-day meeting by welcoming the government’s openness to discuss certain issues, including those related to territory.

“The energy is not clean because the energy produced by Quebec has been stolen from our traditional lands, and to me that’s the kind of reminder that we need to be serving this government,” said the AFNQL chief.

Meanwhile, MCK’s grand chief said she will judge the government’s intentions based on what comes moving forward.

“Talk is cheap, so action is where I’m going to want to hold his feet to the floor,” said Sky-Deer. “I’m hopeful that early in the new year I’ll get that face-to-face and an opportunity to explain what our community needs from this province and government.”

“I want to see an acknowledgement of non-Native businesses making profit on our territory where we are not receiving any compensation or donations in return,” said Bonspille. “We struggle to get funds to get our own businesses started, but meanwhile, these stores have existed on our lands for years.”

Furthermore, the Kanehsata’kehró:non also pushed for tax exemption policies for employees working outside territories, which he expressed a willingness to discuss with governments.

When the event drew to an end, Sky-Deer emphasized the positiveness the two-day meeting represents.

“For far too long we were omitted and cast aside – our children deserve a brighter future,” she said.

“In light of everything that’s been uncovered and unravelled about Indigenous Peoples’ reality recently – it’s time now to make us a part of partnerships, business opportunities and the economy moving forward.” 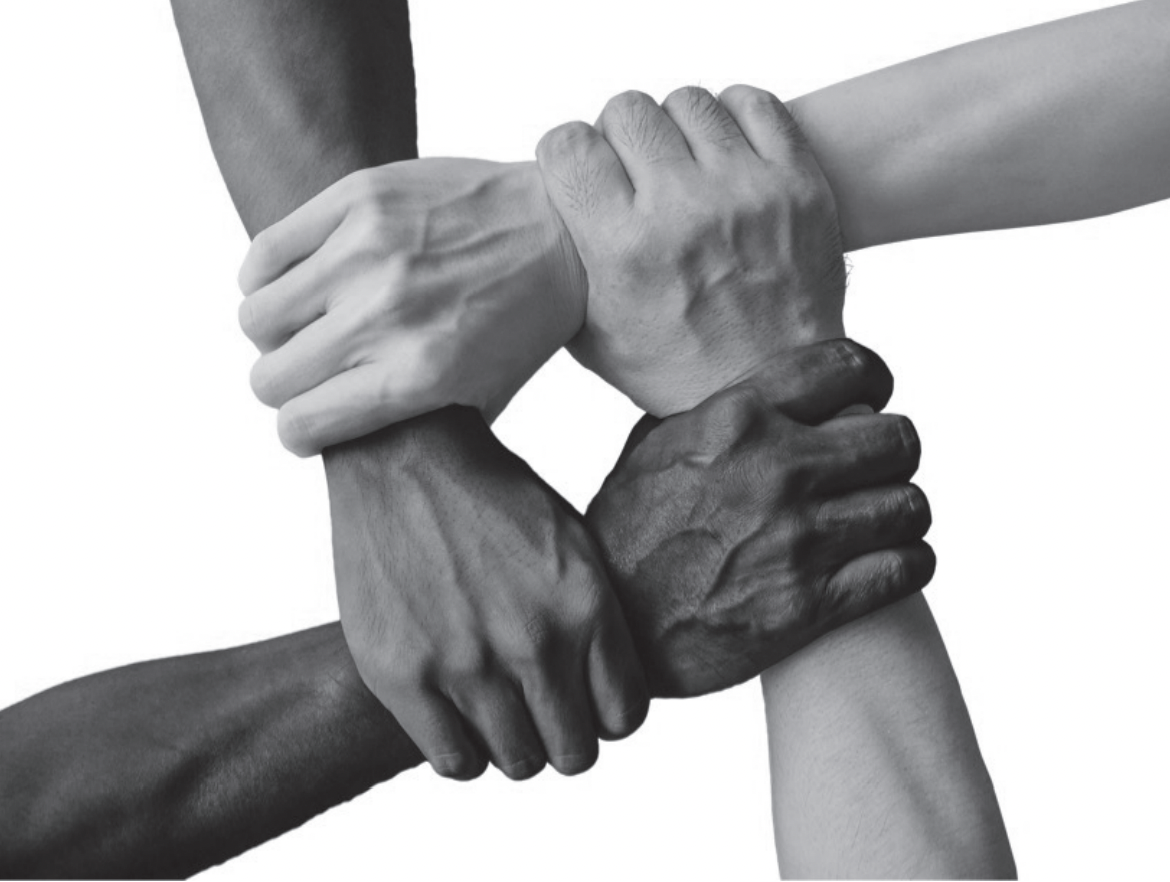 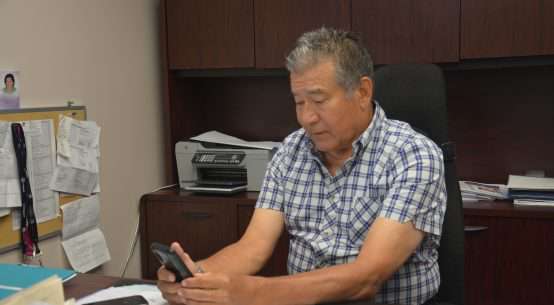 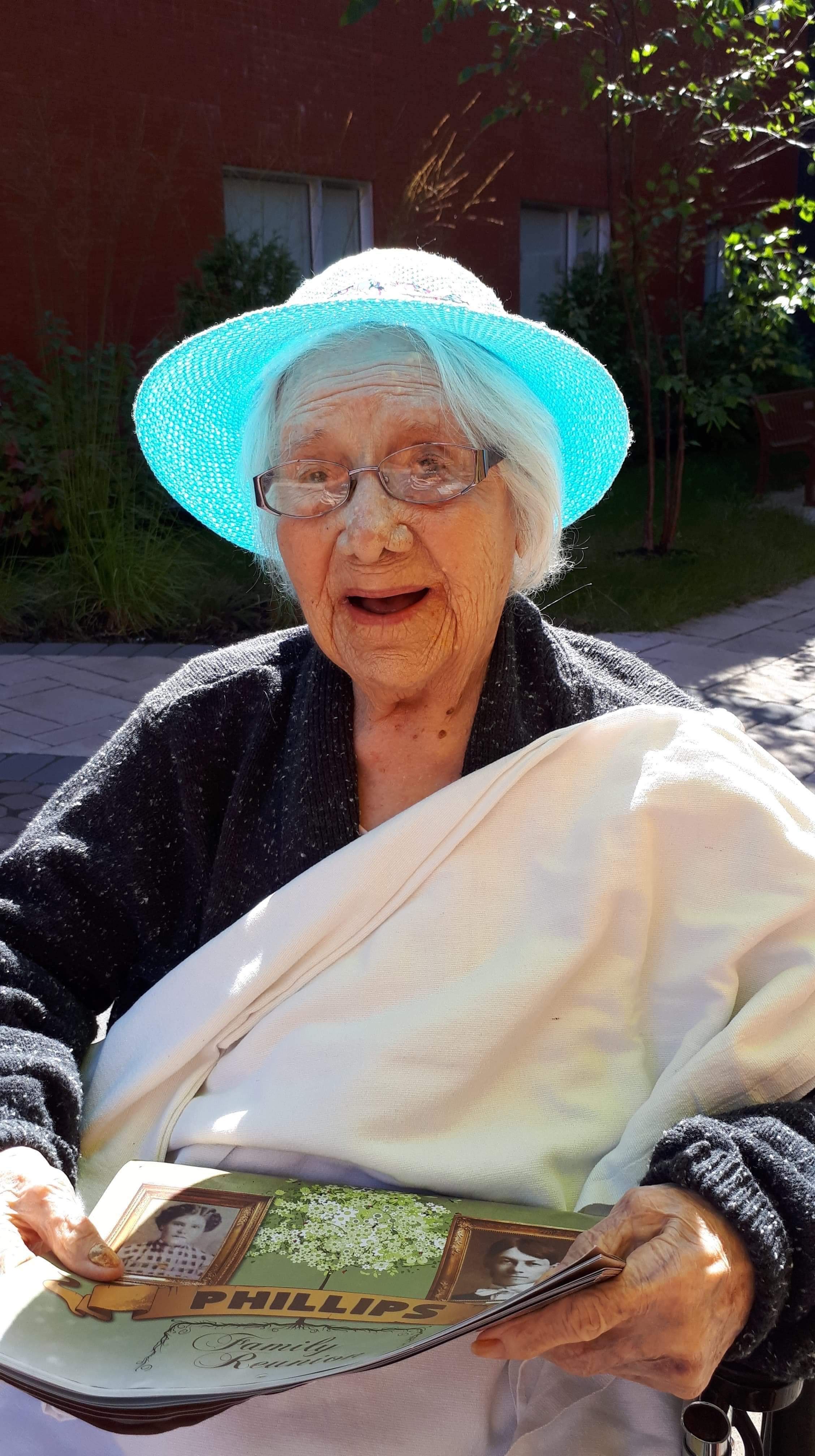 Tota Dynamite until the end