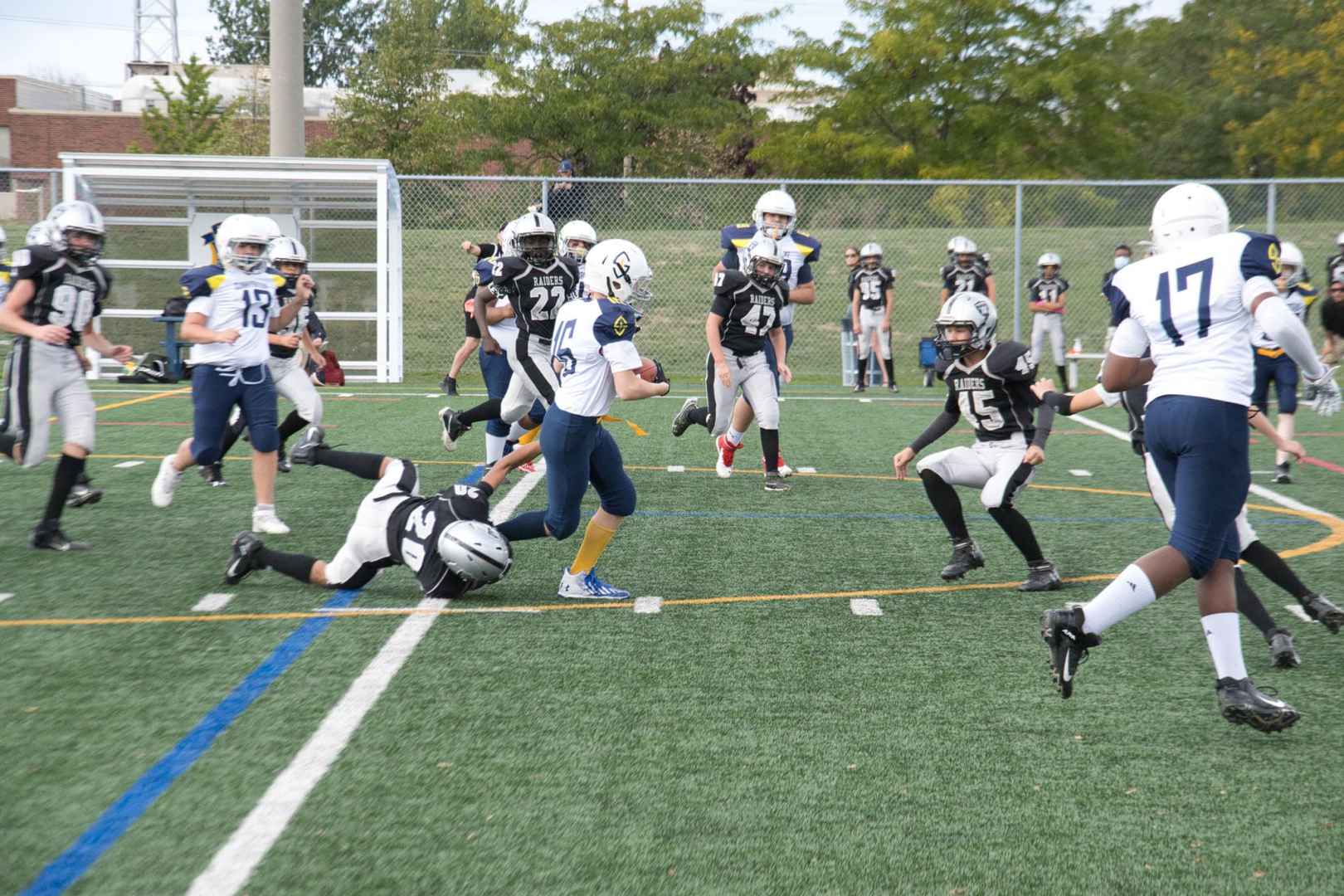 There were so many seven to nine-year-olds playing football this year in Chateauguay that the Raiders Football Association fielded two Atom teams. When they were pitted against each other for the last match of the season, only one point separated them on the scorecard at game’s end.

Did Chateauguay Black take pleasure in beating their friends and former teammates on Chateauguay Silver, 13-12?

“The kids were going crazy,” said Chateauguay Black head coach Vincent Messier. “They were jumping around just like they won the Super Bowl.”

His team’s snapper, Teieronhiathé:thà Bauersfeld, is a Kahnawa’kehró:non who was involved in the game-winning play. “Really athletic and a really good football mind,” said Messier. “I have played her both sides all season.”

If the score doesn’t prove the two teams are evenly matched heading into the playoffs this weekend, their records do. Chateauguay Black finished with a 4-4-1 record and Chateauguay Silver was 4-5.

“You always have an opportunity in the playoffs. It’s a new season,” said Jim Petelle, head coach of the Silver team and president of the Raiders’ organization.

This year, the Raiders organization counts 30 Kahnawa’kehró:non youth among its ranks, and with five of this year’s six teams entering the playoff season, football is again on the minds of many in town. Generations of Kahnawa’kehró:non have played on the Chateauguay Raiders.

Unfortunately, for the first time in 60 years of Raiders’ history, the organization was not able to field a Midget team. This was a disappointment for Petelle, but he is enthusiastic about the young players across the organization.

The Raiders team with the strongest record is the Mosquito team, the 9-11 age group. Their record is 7-2, a second-in-the-league finish on a seven-game winning streak. They’ll face seventh-place Alexander Park in the quarter-final this weekend.

“I believe we have a great shot at making it to the finals,” said Kevin Wyeth, who is in his first year as coach. “It will be a tough road ahead, but we have a tough squad.”

He believes the team has a good chance to get to the finals and hopefully to close the deal.

“To sum it all, these groups of kids are amazing together, they motivate one another, and the culture is unbelievable,” said Sose Jacobs, Levi’s father. The organization has provided encouragement and support for all its players as far back as his own days playing for the Raiders, he said.

For Jacobs, it’s more important to him that Levi put in a good effort and have a positive attitude than to focus on winning.

The Peewee team, aged 11-13, finished seventh place with a 3-4-1 record, not bad considering the team’s injuries. A running back and receiver both pulled their hamstrings, a defensive lineman broke his elbow, and the quarterback missed a game due to COVID-19.

For most of the team’s players, it is their first year in organized football. At the beginning of the season, O’Neill found his players were reluctant to tackle, more often grabbing at shirts, so he had his team hit the field in oven mitts for practice.

The team is healthier heading into the playoffs, but it’s always tougher for a lower seed, said O’Neill. They will be playing the second-seeded Sunnybrooke this weekend.

The team had last weekend off but decided to accept an exhibition game with Lakeshore, the top seed. The Raiders held their own at the half, down only 20-16.

“My wide receiver made a nice diving catch in double coverage through two people to score a touchdown. It was beautiful,” said O’Neill. The second half did not go as well for the Raiders, however, and the final score was 54-16.

The Bantam team, which fields players up to 15 years old, finished with a 2-6 record. The playoffs start a weekend later than for other age groups, but the Raiders have this weekend off. “Our season could have gone better, that’s for sure,” said Corey Cook. “But we were competitive in more games than we weren’t.”

Many of the team’s players were in their first year of football, and Cook said the season was a success from the standpoint of player development.

James Phillips, Ronan Diabo, Bocephus Dailleboust, and Tehaianerahkhwa Deer are the team’s Kahnawa’kehró:non, and they are a welcome and coachable group, said Cook. “Bocephus Dailleboust immediately stepped into the starting lineup on both sides of the ball, which is a testament to his natural athletic ability.”

Because of the pandemic, the playoffs are shortened and split into two tiers. The Raiders will play in the lower tier, but will still be competing in playoff football.

The team may be facing the LaSalle Warriors in the first round depending how this weekend’s games play out. The Raiders lost against them last time, but it went down to the final moments of the fourth quarter. “We lost 27-23, but we know that we can compete with them,” said Cook. “It would be a great game if it happens.”

The only Raiders not headed to the playoffs are the kids on the Tykes team – but only because the
level of competition is ratcheted down for five to seven-year-olds.

“Technically we don’t count win-loss record, but the competitive side of me made me keep track,” laughed head coach Ricky Imhoff.

“They had lots of fun, win or lose,” said Imhoff. “They always had a smile on their face.”

The team will enjoy a banquet separate from the rest of the Raiders’ teams, and each child will come away with a trophy to commemorate their year.

“I hope they create lifelong friendships with their teammates now and continue playing football,” said Imhoff. 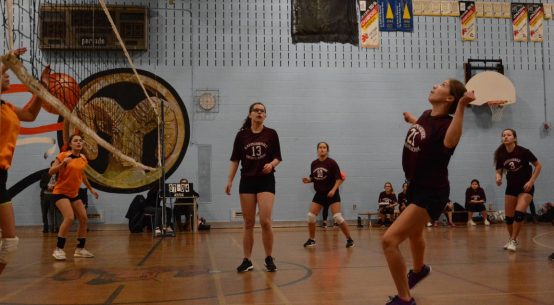 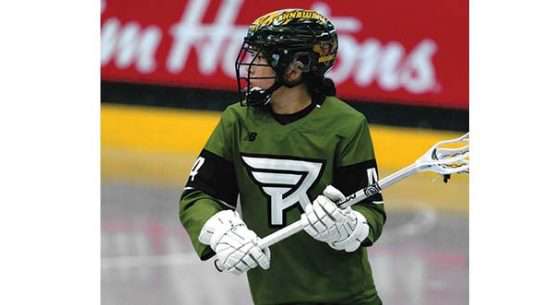 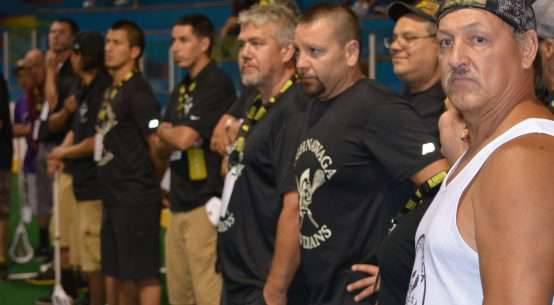 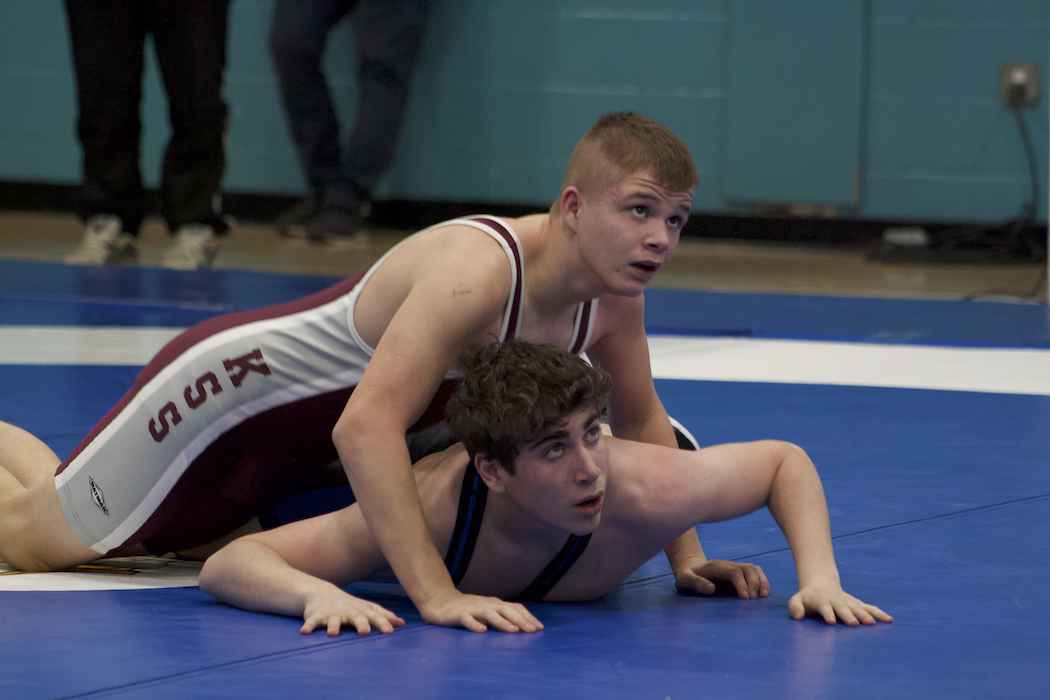