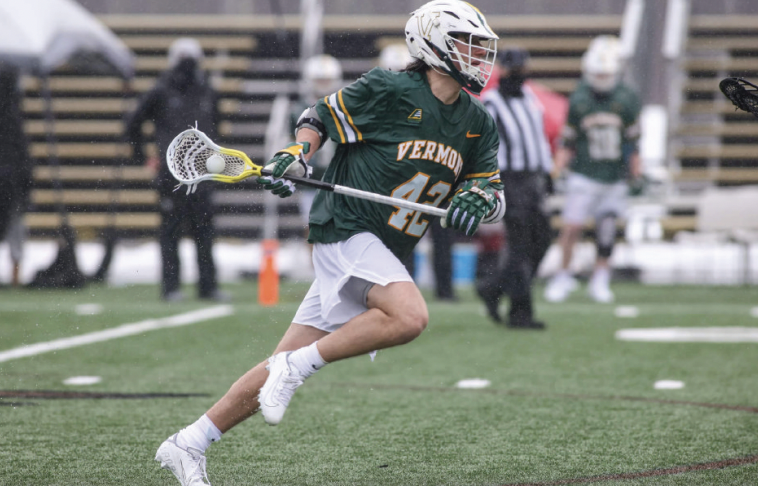 As Albany and Vermont lacrosse teams faced off for the American Eastern Championships, two Kahnawa’kehró:non left with very opposite reactions.

After beating Albany 15-10, with two assists, Stone Jacobs, part of the Vermont Catamounts, exited the field with an extra skip in his step.

The second very talented Kahnawa’kehró:non, Teioshonrathe McComber, was saddened by the outcome. “We were pretty confident going into the game,” explained the Albany Great Danes player. “We thought that with the experience we had playing in a playoff environment, we would have the upper hand.”

However frustrated, McComber is looking forward to seeing his daughter and training in the summer when he returns home.

Stone Jacobs and his upand-coming team are now heading to the Mid-Atlantic to play the University of Maryland for the National Collegiate Athletic Association Championships this Sunday, May 16.

Not only has he been back in action after the pandemic slowed things to a stop, but he has also been recovering from a knee injury, an obstacle that has kept his itching feet from the perfectly trimmed grass.

“He played great,” said Jacobs’ coach Chris Feifs. “He has been really steady at the end of the season here and we are starting to finally see what a healthy Stone looks like.”

The young athlete is excited to see what the Sunday game will bring him and his team. “Usually, we only get to play them once a season, and then once in the playoffs, if we both make it there,” explained the University of Vermont student.

“With COVID-19, we had to play them twice in the regular season and matched up pretty well with them.”

According to Jacobs, the cohort that Vermont has developed has been on an upward trajectory for at least half a decade, with a revamp of new coaches and recruits. “This program was not the same program that it was 10 years ago,” he said.

Despite his team’s success, Jacobs said it’s important to remain mindful and focused going into every new competition.

“No matter what, we go into every game and we are never too high or too low,” said the 20-year-old. “We just know that, on any given day, anybody can beat anybody.”

This mentality has really helped him to excel in his sport and as he is a very intelligent person, this has translated to the field seamlessly. “I think what makes me most unique is my speed of play and my vision across the field on both ends,” he said.

Jacobs has an excellent “lacrosse IQ,” something that has clearly not gone unnoticed by his coaching staff.

Feifs explained that he’s a player that can do a little bit of everything, making him a unique asset to his team. “He’s hard to predict because he has a different feel for the game,” said the coach. “He’s a special player.”

Sports is not the only place where the young man thrives. His father Bob explained that his leadership shines through, not because he is loud or outspoken, but because he is a positive role model.

“He was so strong academically, that there were a lot of reasons for kids to look up to him,” explained Stone’s dad. “Stone has a really good demeanour. He is more of a “do as I do” kind of player – he leads by example.”

Balancing school and sports have been second nature for the college player. “My parents never had to be on top of me for school. If I don’t do it, I’ll just stress myself out, so I don’t put myself in that situation,” he said.

Studying at the business school, and starting an internship this summer, the sophomore is excited to continue his education and pair it with his favourite sport.

“Overall,” said his pops, “He is just a really well-rounded, good kid.”

If Stone Jacobs has one message for young players it would be: “no matter how good you are at lacrosse – you can’t go anywhere unless you have the grades.” 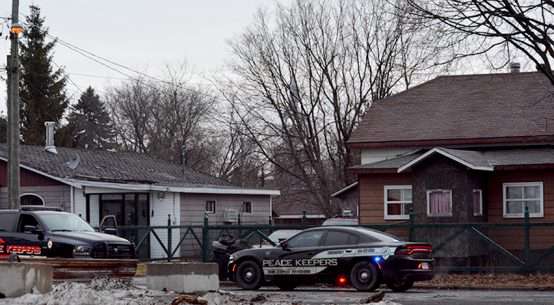 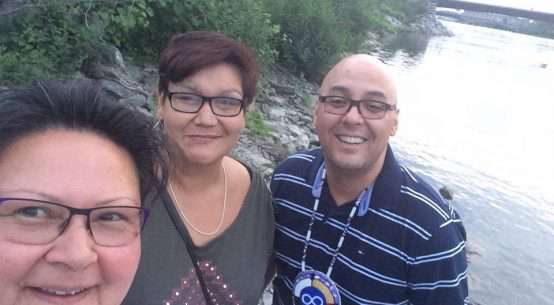 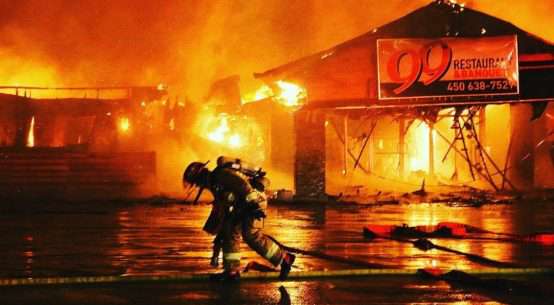 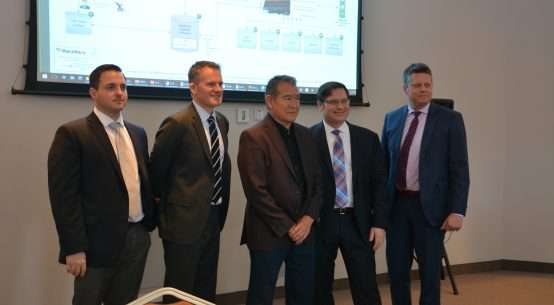