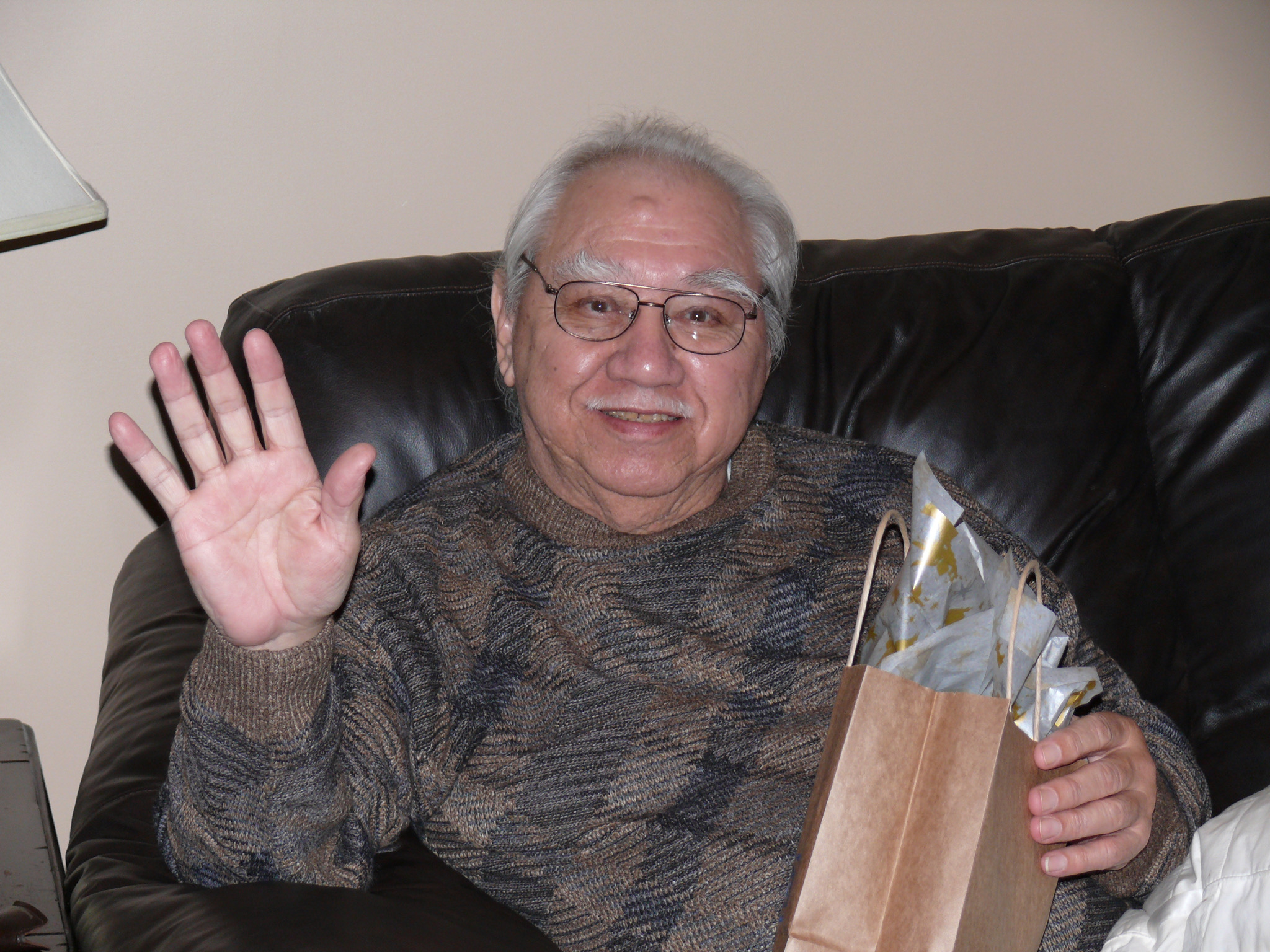 Former Mohawk Council of Kahnawake (MCK) chief, Stuart Phillips, passed away a few weeks ago at the age of 85, and to say he lived an active, fulfilling life full of accomplishments is an understatement.

At the age of 18, he joined the United States Air Force and served during the Korean War.

After the war, the veteran became an ironworker and, like many men from the community, travelled back and forth every week to be with his family. He worked out of Local 25 in Detroit, and in the New York City area as well.

His son Lloyd Phillips, also a former council chief and current Public Safety commissioner at the MCK and the lieutenant commander for the Kahnawake COVID-19 Task Force, did the eulogy at his father’s funeral.

“After only a few years of being an ironworker, he was a foreman on the Verrazzano Bridge in New York City, which was one of the biggest jobs in the States at the time and it is a testament of how dedicated he was to doing the job right, and was recognized by his superiors,” said Lloyd.

Phillips was always very passionate about Kahnawake’s history and, in the early 70s, started doing in-depth research and analysis, becoming a proponent on what eventually would become the Seigneury of Sault St. Louis land claim.

“Anybody who knew my father knew that if you didn’t have an hour to spare, you shouldn’t ask him about history because he would give you a whole history lesson,” said Lloyd, laughing.

Phillips was also elected as chief on council from 1974 to 1976. His motivation was his desire to help his community and advance their rights and jurisdiction.

“He came to the conclusion that basically the land was stolen from us and he started putting together a lot of the pieces of the puzzle and was pushing that in the community and council, and trying to get them to take this to the government and make a claim. It took a number of years, but eventually, they did take it very seriously and did an analysis, and then it became an issue for discussion and for negotiation,” said Lloyd.

However, his son explained, Phillips received some pushback from members of the council in the 70s and 80s who, at that point, didn’t take the potential land claim seriously.

“But eventually with the assistance of the Billy Two-Rivers, his cousin, who was in council for many years in the 80s, it gradually gained steam, and they were able to push it and, like they say, the rest is history,” said Lloyd.

And even though negotiations with Canada continue today, the community has begun to reap some benefits from his work.

“The 500 acres of land that was returned back to the community a couple of years ago resulted because it was Seigneury land. We all want to see a result of the Seigneury land claim one day, and I will be thinking about my father when that day comes,” said the commissioner.

After his term in council, the senior Phillips continued to work on the Seigneury land claim for the MCK for many years before retiring in 2007.

When the Kahnawake Survival School first opened in 1978, Phillips was one of the first teachers at the school and put his skills to good use by teaching young men how to properly weld and cut iron, and did so for a few years.

“There are a lot of guys who are in their 50s and 60s now who remember him back in the day. He taught them a lot about work ethic and doing the job right. I know some of the guys who are still ironworkers today and really appreciated that,” said Lloyd.

But according to his son, above all else, Phillips was a true family man dedicated to his family’s happiness and well-being.

“His legacy lives on. He did so much. He was a great father, and he made sure he took care of his family, and that was his primary goal. He was very proud of his family,” said Lloyd.

“He was in the hospital (Kateri Memorial Hospital Centre) throughout the pandemic, but many people have told me that my father would certainly be proud of me because of my role as Public Safety commissioner and lieutenant commander for the Task Force. That was very emotional and personal to me,” he said.

Lloyd said his father’s desire to serve the community has been a lifelong inspiration for him and his siblings, and those values are now being passed down to the next generation.

“That certainly set the path for me. My whole life has been either working as a public official in various capacities, whether it be a paramedic and firefighter or on council for a number of years, and now Public Safety commissioner. That set the values for me about personal integrity and giving back to your community,” he said.

Throughout his life, Phillips favoured teaching his kids how to fish and hunt and took them out into the wilderness over participating in organized sports.

“It was very limited. People had to wear masks, and only 50 people were allowed, but we were able to have that at least,” said his son.

“We also had a traditional representative there to say some prayers. He was buried with full military honours. The Legionnaires were all there to salute and put poppies on his coffin. It was a perfect send-off for him.”