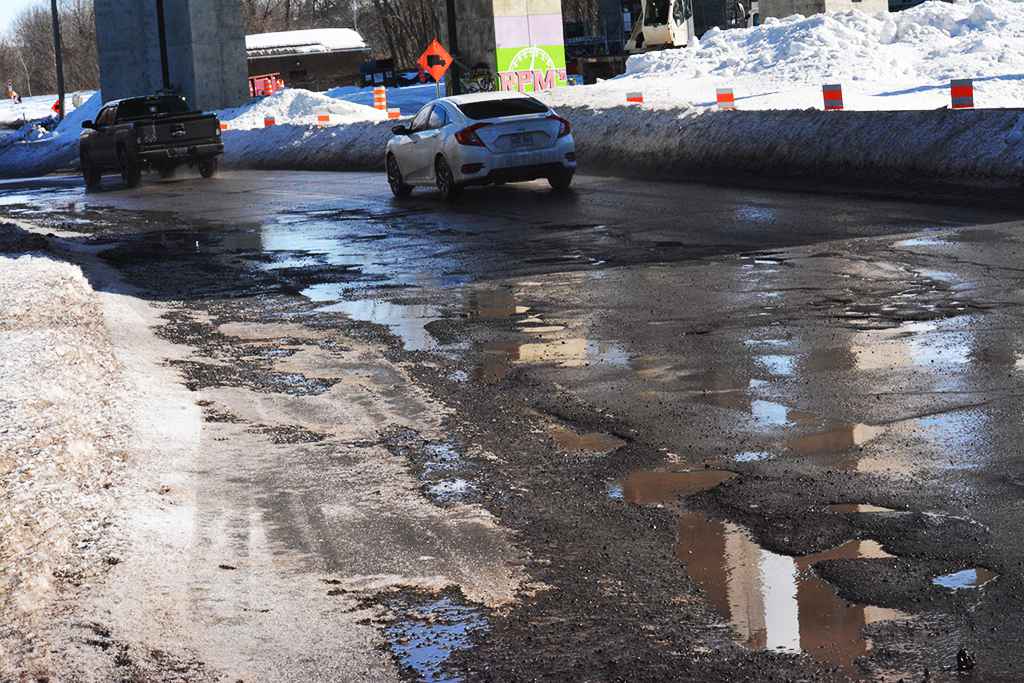 Kahnawake’s crews ran out of cold asphalt and are working overtime to fill those nasty holes that pop up around town when the temperatures drop. (Tehosterihens Deer, The Eastern Door)

Montreal is well-known as one of the best places to be, with their fantastic food, art, bars, and…..potholes!

The city is locally-known as a driver’s nightmare, with its constant construction and potholes.

Recently, Kahnawake has had its fair share of dangerous potholes, and the town garage and workers have been taking some of the blame for it.

With the chaotic weather in recent weeks, the roads have been tremendously affected, with some roads becoming impossible to drive in.

“We have not been ignoring them. Before the winter season even begins we stock up on cold asphalt, and we had approximately 25-30 tons, which are now gone,” said Roads and Highway Department manager Richie Jacobs.

“We have been fixing the roads; the cold asphalt is used as a temporary fix, resulting in the streets becoming hectic.”

Jacobs explained that during the summer, workers use hot asphalt for the potholes, which works faster and stays longer.

The hot asphalt works better than cold asphalt but cannot be used in the winter, due to the extreme weather.

“With cold asphalt, we do a similar step process, but unlike hot asphalt, it’s temporary. When the weather becomes as chaotic with rain and snow, the water runs over the cold asphalt and pulls it right out, like a vacuum.”

Whenever it rains the water washes it away, resulting in bumpy roads. Jacobs mentioned that he only has a crew of nine, and when the workers aren’t handling the potholes, they’re handling other priorities, such as snow removal.

“With the 25-30 tons of cold asphalt now gone, I’ve recently had to order another 25 tons. That’s a total of at least 50 tons of asphalt and we’re still not done with winter,” said Jacobs.

The main issue in the community when it comes to road management is the complaints and negativity that the workers receive.

“People like to complain about anything, and we get slammed for it. My guys work seven days a week to maintain the roads, and people don’t understand how hard it is when handling this work.”

Jacobs assigns two workers to handle the pothole situation throughout the community, one of them being Kurtis Diabo.

“We try to get as much done, but we have other priorities. It’s tough to juggle everything at once,” he said.

Diabo also commented that social media has become a massive issue, with community members continually complaining about their roads not being fixed.

“People need to have patience, it puts us down when we get this type of feedback, and it takes a toll on some of the other workers,” Diabo said.

Stirring up a big debate on social media, the topic of road management has been discussed by community members, with many siding with the town garage and thanking them for their hard and generous work.

One of the other main issues the town garage faces is snow and ice removal.

“I recently dispatched eight backhoes, and that’s the most I’ve ever done to remove snow. I usually have two, but we’ve been taking a beating from the weather,” said Jacobs.

For many, the main roads that are the most problematic are, under the bridge, the 132 and 138 service roads, and the Old Chateauguay Road.

These roads need constant repair and the weather is the main factor of this revolving issue.

“Some people will praise us, some will call us down, but I would like to see people come out and see what we do, and see how tough this work is,” said Diabo. 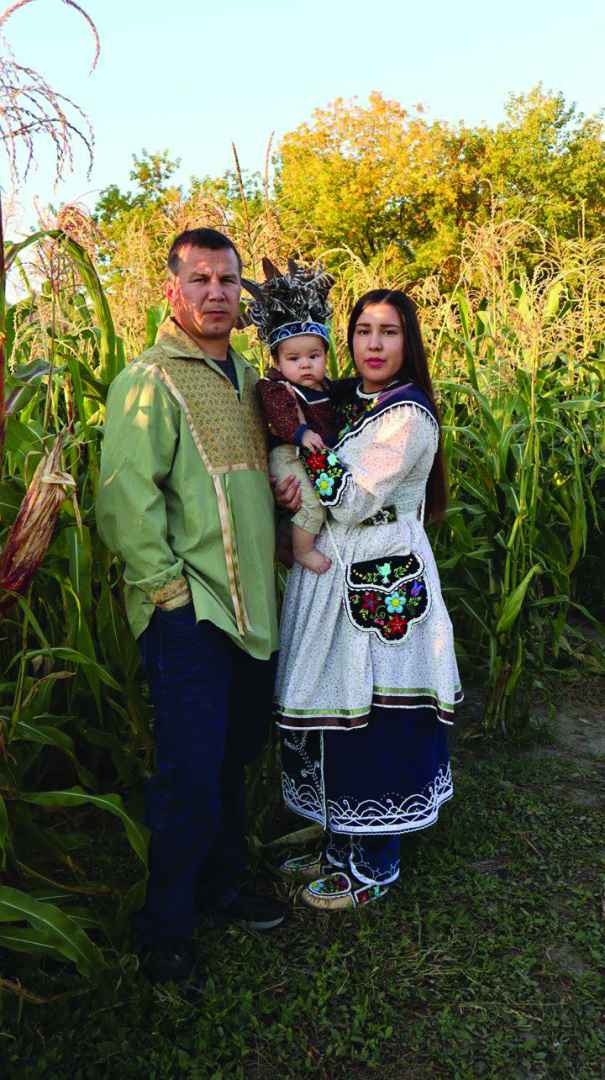 Faith and ceremony during a pandemic 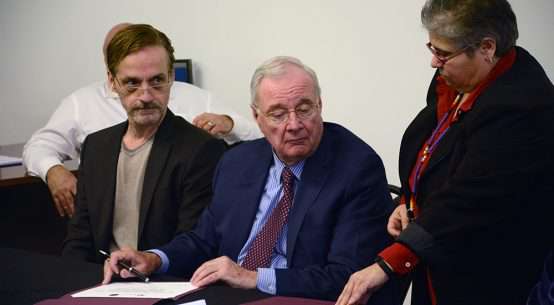 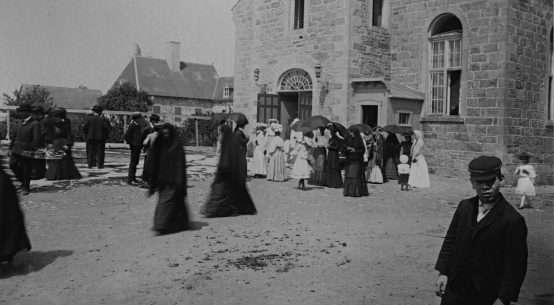 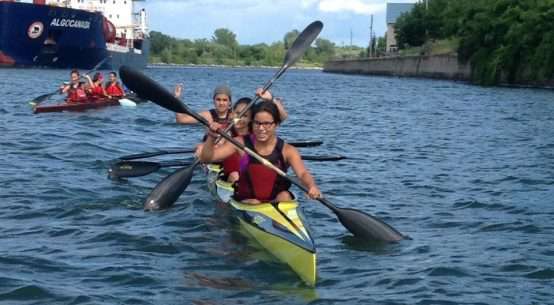