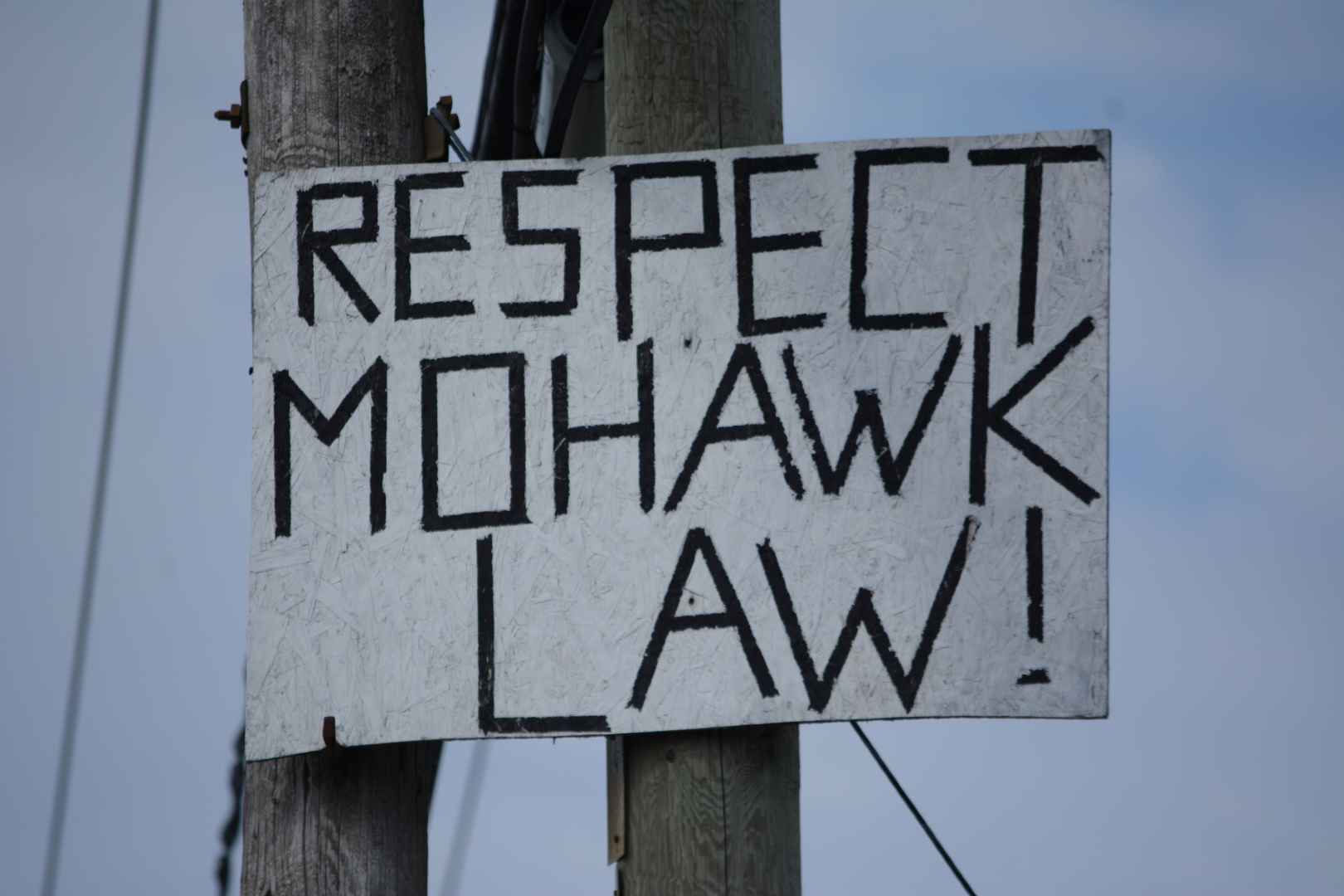 In 2014 there was a sign campaign by community members, some of them like this one on the Old Malone Highway remain. (Daniel J. Rowe, The Eastern Door)

The Mohawk Council of Kahnawake met about the judgement with their legal services Thursay morning, and will present their analysis at tonight’s spring community meeting.

“This has been a people’s law. It has been since ‘81 when the people said we need this moratorium because it’s not fair that non-Native women are gaining rights and status and our Native women, who are marrying out, are losing. This was our exercise to try to level the playing field, so to speak, and it has permeated over the years to now become kind of like a punitive,” said membership portfolio chief Kahsennenhawe Sky-Deer.

In 48-page decision, justice Thomas Davis ruled the law’s provisions that suspend or revoke a Kahnawa’kehró:non’s membership for marrying or commencing a common-law relationship with a non-Indigenous person after May 22, 1981, is discriminatory both on the basis of family status and civil status under the Canadian Charter.

“The Court notes that in many of its sections the KML recognizes the importance of commitment to language and culture by people applying to be members. Perhaps going forward the MCK should consider placing more importance on that commitment than on the origins of one’s spouse,” wrote Davis.

Sixteen people brought the Mohawk Council of Kahnawake (MCK) to court in 2014 over the provisions of the law, and their trial took place last December at the Longueuil courthouse.

“We are happy about the judgment, in the sense that the fact that members of the Mohawk band are denied their rights because of their spouse or choice of partner, we’re happy that was declared unconstitutional,” said Geneviève Grey, who represented the plaintiffs with constitutional attorney Julius Grey.

“Of course, we’re still digesting all the more nuanced parts of this decision, and we’re discussing it with our clients.”

Sections 20.1 and 20.2 in the membership law stem from the moratorium on mixed marriages that was issued by the MCK in 1981.

Davis recognized the rationale behind the law, which several people testified last year is to preserve Kanien’kehá:ka culture and identity. However, he wrote the MCK failed to demonstrate how the law does just that.

“The evidence allows the Court to draw the conclusion that sections 20.1 and 20.2 of the KML are largely (if not solely) grounded in a stereotypical belief that non-Native spouses will use the resources and land of the band in a way that is detrimental to it and that this will have a negative impact on the ability of the Band to protect its culture and its land,” wrote Davis.

“However, this belief is not supported by any empirical evidence. None of the Chiefs who testified were able to provide any objective evidence on the actual impact of mixed marriages on Mohawk culture or land use.”

The court also declared that the MCK “has a duty under the Kahnawake Membership Law to convene the Council of Elders within a reasonable time after the present judgement to review and decide on the applications of any plaintiff for instatement or reinstatement onto the Kahnawà:ke Kanien’kehá:ka Registry (KKR),” as well as ordered the MCK to pay damages to seven plaintiffs.

The plaintiffs were seeking damages in the in the amount of $50,000 each, but Davis said it was excessive. The court award $1,000 each to plaintiffs Skawennati Fragnito and John Barry Stacey for their experience attending Community Decision-Making Process or community meetings and being denied to speak or asked to leave. Waneek Horn-Miller was also awarded $1,000 for being verbally attacked at a 2015 community meeting.

“In the context of such a meeting under the auspices of the MCK, it had a duty to ensure civility and that Ms. Miller was treated in an appropriate way,” wrote Davis.

Horn-Miller was the lead plaintiff in the lawsuit.

“I didn’t get into this for the money at all, it was for the human rights aspects of it. I feel strongly about that,” Horn-Miller told The Eastern Door.

“The damages, for me personally, it’s not the most important thing. What I find most important about this is the judge tried very hard not to cause anymore strife with this judgement.”

“I get where the fear comes from. We get our land taken away, and all this stuff happens to us, then the Indian Act is imposed, and them boom, it’s like the perfect pressure cooker for this type of thing to happen. That’s why I’ve said the federal government is very much responsible for what’s happening now in our communities.

“But what they seem to have been able to do is download onto the communities, human rights abuses and that’s what I’m not happy with.”

Plaintiff Marie Stacey was also awarded $2,000, Marvin and Terri McComber jointly were awarded $5,000, and $25,000 was awarded to Elizabeth Curotte.

Curotte, who has been married to a non-Indigenous man for over 40 years, before the moratorium, testified that she received an anonymous eviction letter, attempted to speak at community meetings on two separate occasions, and wasn’t allowed.

On September 27, 2012, she got approved for a new house from the Kanien’kehá:ka Funding Association in the amount of $102,500. She testified that the assistance was withdrawn on October 12, 2012, as the MCK’s department responsible for water and sewer would not extend the water and sewer pipes to the new house, due to her not being on the KKR.

Mohawk Council grand chief Joe Norton was unavailable for comment this week, but said in a statement “Obviously we maintain the position that matters that are so integral to our identity have no business in outside courts.”

“Having an outside judge rule with a non-Indigenous lens on our issues, of course they’re going to side for non-Indigenous people and what we’re doing is wrong, but all kinds of cultures practice different ways of preserving their ways,” she said.

“But when we do it, it’s just unfortunate that we get labeled and painted as racist when all we’re trying to do is ensure our survival.”

Davis wrote membership decisions are up to the community.

“Unfortunately its judgement will likely not resolve the internal conflict over membership in the Kahnawake Community. As the members of the Community have said themselves, the resolution of the conflict is ultimately a task for the people of Kahnawake,” the judge wrote.

The membership law has been under review through the Community Decision-Making Process (CDMP) since 2009. Now in the second hearing phase of the amendment process, proposed changes hope to rectify the lack of mechanism for members to be instated or re-instated as a result of suspension of the Council of Elders in 2007.

However, to date, participants have expressed that sanctions for ought to be stricter than just marriage and common-law relationships, proposing one’s membership also be suspension or revoked if one also adopted a non-Indigenous child.

“When you look at the people who are coming out, they’re very passionate about the issues and what’s happening in our community. When you think about their motivators, there’s a lack of respect in the community, there’s not a whole lot of people putting forth the importance of language and culture,” said Sky-Deer.

“They think the more times people marry out, and that they have children who are between two cultures, there’s a chance they’re not getting taught those important values and principles of preserving our identity and our ways. For them, having strong Mohawk values, identity, and principles is the reason why they put these mechanisms in place in the first place.”

For Horn-Miller, she hopes the judgement will spark meaningful dialogue in the community as the law continues through the CDMP.

“What I really wanted to highlight is that this law, this way of looking at ourselves is not Indigenous nor organic to our people, it’s a way in which we’ve been made to think of ourselves through the imposition of the Indian Act,” said Horn-Miller.

“The change isn’t going to happen overnight, I understand that, but I felt strongly and I still feel strongly that this is just not how our people are to treat each other. Based on fear is not a good way to build our nation, our future,” she said.

“We come from a people who were very open minded, and we have to think about how we do that in a modern-day context.  It’s going to take a lot of courage and a lot of hard conversations, but that’s what has to happen. I hope we can do that, not just me, but all of us.” 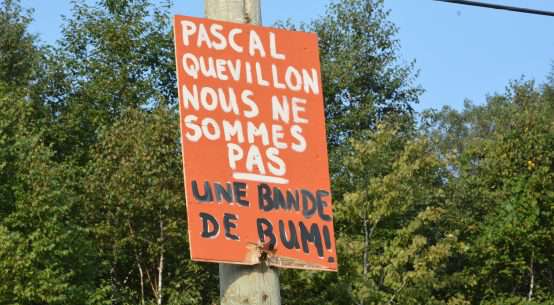 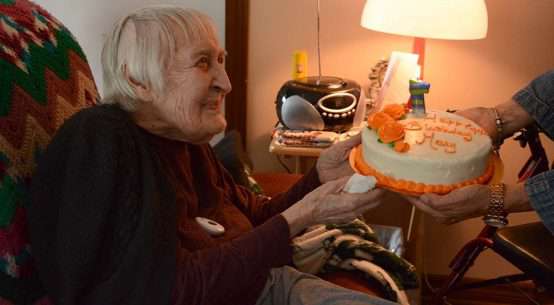 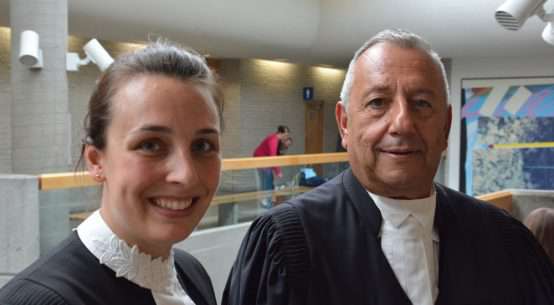 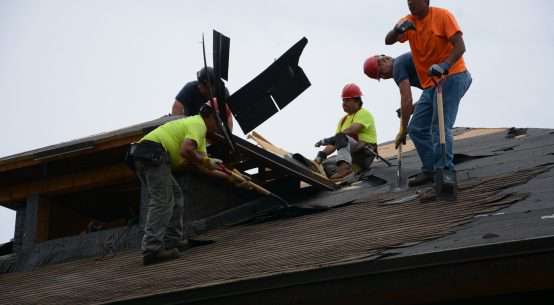 After delay, new roof for Step by Step underway