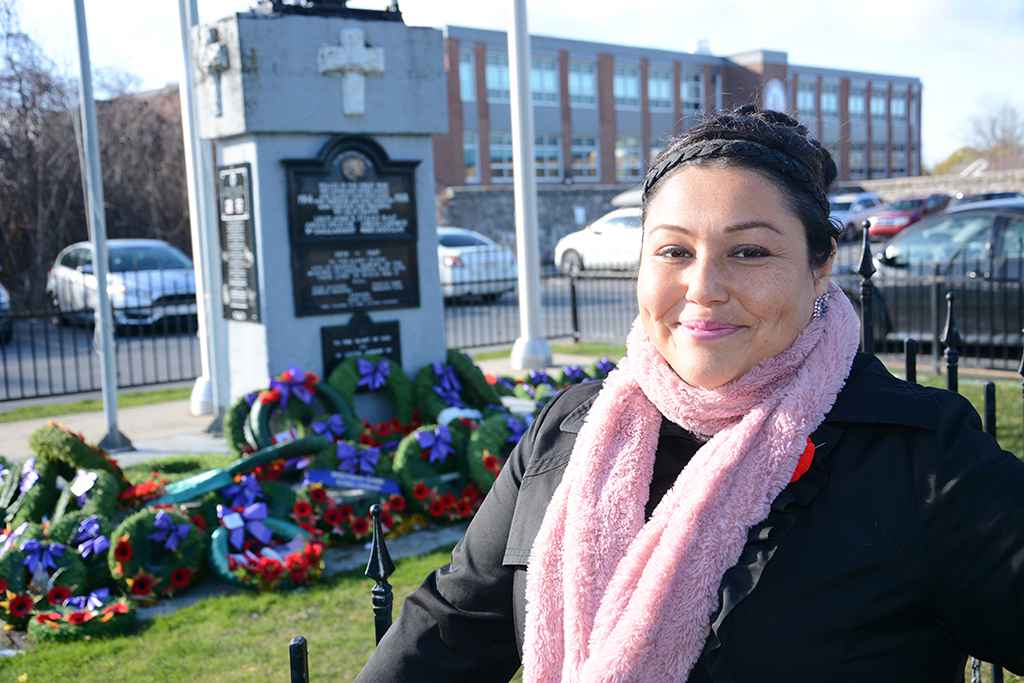 Brandi Meloche and her family’s dedication to their late neighbour is a literal example of honouring the community’s veterans, as she does every year. (Daniel J. Rowe, The Eastern Door)

This year, like every year, Brandi Meloche made sure to find herself in attendance at the Remembrance Day parade November 4 to lay a wreath at Kahnawake’s cenotaph. On Saturday, Remembrance Day, she collected the wreath and put it on the grave of her neighbour and friend general Ernest “Sam” Phillips, who died in 1991 at the age of 69.

The act is how Meloche honours her neighbour, his brother Louis and all those who served in the armed forces.

It is something her father Bill “Whooper” Meloche, who would do the same thing every year after Sam died, taught her from a young age: honour veterans.

“Sam was my neighbour for years and his brother always visited him, and my wife (Doris Cree) used to send meals over to Sam,” said Bill. “He really didn’t have no family to remember him, so I sort of took it up on myself, I’ve been a Legion member since 1971, and basically, when my daughter got old enough, I just told her, ‘keep it up and always honour the veterans for their sac- rifice.’”

“I haven’t missed a year,” said Brandi. “I attend the Legion Branch 219 parade and ceremony out of respect for the Phillips brothers and all those who served and are serving.”

Brandi grew up knowing that Remembrance Day (Veterans Day in the US) was not a day to let go by unnoticed, and from a young age witnessed the parade and ceremony in Kahnawake.

“My father always stressed how important it is to honour veterans and the sacrifices they made,” she said. “My father has a deep respect for people who serve, and he made sure that I was always here.”

her neighbour across the street and the place he played in her life as a young girl.

“Right up until I started high school, just before he passed away, he would always make a point to wait in the window for me to make sure I got on the bus safely, and he waved at me every single time,” she said. “When I would get dropped off, he would make sure he was at that window when the bus would pull up. He looked out for me.” Sam lived alone, and Brandi’s mother Doris always was sure to be sure he felt loved and a part of their neighbour’s family.

“He had diabetes very bad, he wasn’t well, and my mom had a big heart,” said Brandi. “Every time she cooked, she made sure she sent food over, so I was the one who would run it across the

Meloche would also run to the store for her neighbour when she was older as well as mow his lawn, paint and other chores. She said Sam was never one to boast about his service, but spoke fond- ly of his comrades and brother, who served in the Second World War in the Canadian army and navy.

“He mostly talked about oth- er soldiers and their commitments and dedication,” said Brandi. “He talked about how he just decided this is what he wanted to do.”

Since Sam passed away, Brandi and the family is always reminded of their neighbour cour- tesy of a jazz legend of the 20th century.

“He was rugged,” said Brandi. “He always looked like an older man, like he had a rough, rugged life, and he had a voice just like Louis Armstrong. That was exactly how he sounded, but he was so gentle and so kind and he had a big heart. Whenever I hear “It’s a Wonderful World” I think he’s saying hello to me.”

Brandi wishes more younger people like herself would take the morning to honour the com- munity’s veterans for the annual parade.

“I notice there are more older people,” she said.

Her dedication has not gone unnoticed by veterans who orga- nize the Kahnawake parade and ceremony.

“Sometimes families are not available or may even avoid a veteran with serious adjustment issues, but every once in a while an angel of veterans comes by and provides a kind heart,” said Legion vice president Ray Deer. “Brandi Meloche is that angel for two of our deceased veterans. So see a young person with no family members in the service dedicate her time every year to honour vet- erans in the way Brandi and her

family does? Well they are those angels of veterans.”

Brandi’s father is concerned at the lack of young people at Kahnawake’s ceremony and pa- rade.

Legion members do their best to improve Remembrance Day appreciation in the region. Members of Kahnawake’s Legion tour the various elementary and high schools the first week of No- vember and developed a mobile museum with memorabilia, pho- tos and medals from the various wars.

Bill Meloche’s daughter knows take the day serious and honour the sacrifice. It is some- thing she learned at a young age.

“I try to instil it in her that we can’t forget,” he said. “The whole world is really trying to say let’s not forget the sacrifices of the veterans, so yeah, it’s important to get this into the schools. If you don’t tell them, they’ll probably never know what happened.” 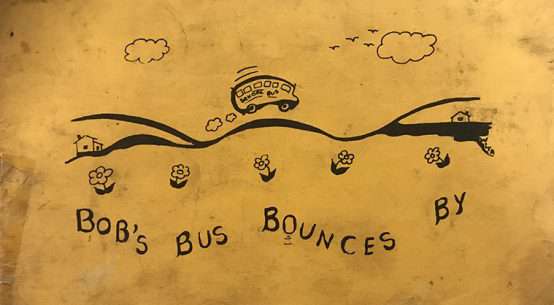 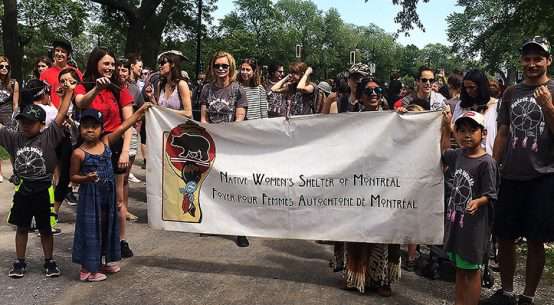 Walking together tomorrow for healing retreat 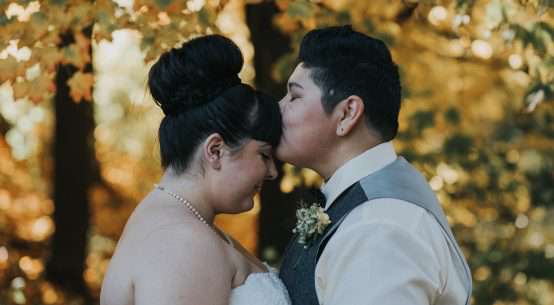 From a broken ankle to a full heart and a puppy 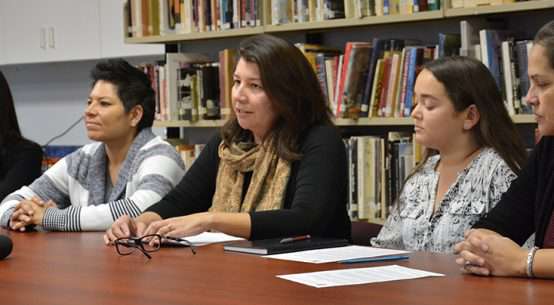