A familiar face to many in Kahnawake graces the cover of Van Morrison’s new album. (Courtesy vanmorrison.com)

(In the interest of full disclosure, my brother, Michael Graif, is the lawyer representing Billy Two Rivers. How did this come about you ask? I happened upon the story of Billy’s image being used for the cover of the latest Van Morrison album: Roll With The Punches. I went to ask Billy about it at the Kateri Memorial Hospital about three weeks ago. He told me that he was upset that he wasn’t asked or informed. After I had finished getting the story for K103 and The Eastern Door, we discussed his legal options. I then put him in touch with my brother. Since then I have not been privy to their conversations. Those are protected by client-attorney privilege.)

Billy Two Rivers and the representatives of Van Morrison have an agreement-in-principle to settle Two Rivers’ lawsuit against the musician and his record and promotion companies. No dollar figure has been released, which will likely remain confidential.

No word on whether or not Two Rivers’ iconic image of his wrestling in the United Kingdom in the early 1960s will remain on the album cover. Although that image remains on Van Morrison’s website as of press-time.

That will likely be discussed before the next scheduled court conference during the week of August 14.

Two Rivers and his attorney decided last week to file suit against Sir George Ivan Morrison (Van Morrison), Universal Music, as well as Caroline Records and Exile Productions, among others.

The suit filed in the District Court for the Southern District of New York is essentially for the violation of Two Rivers’ right of publicity, and false endorsement under the Lanham Act.

At issue is a photo taken of Billy at a wrestling match in the United Kingdom, likely in 1960 or 1961, according to Two Rivers, and that the promotional photo was used more than 50 years later on the cover of Van Morrison’s album release.

“This is a very simple case. Everyone has the right to control the commercial use of their image, so Van Morrison needed Billy Two Rivers’ consent before putting his picture on the album cover,” said Michael R. Graif, a partner at Curtis, Mallet-Prevost, Colt & Mosle LLP.

Two Rivers is no longer speaking with the media about his case. His lawyer says the case is actually a pretty simple one.

So whatever happened to the photo after, or who owned it, still didn’t have a right to use it without Two Rivers’ consent.

“If you take a photo of Wayne Gretzky, you own that photo, but you do not have the right to use that photo to promote your business or, in this case, your record album.”

Van Morrison’s representatives are not speaking publicly on how they came across the photo and used it for the album cover.

It is believed that Van Morrison grew up a fan of Two Rivers and his wrestling while Billy was in the UK for more than six years, beginning in the early 1960s.

Movember: for the love of colons and cookie dusters 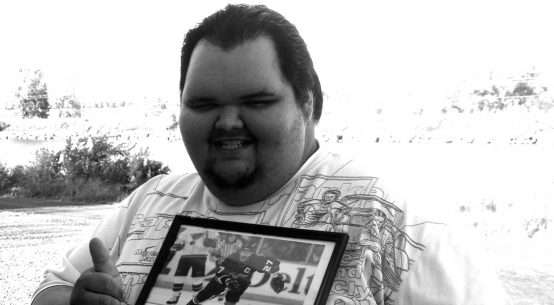