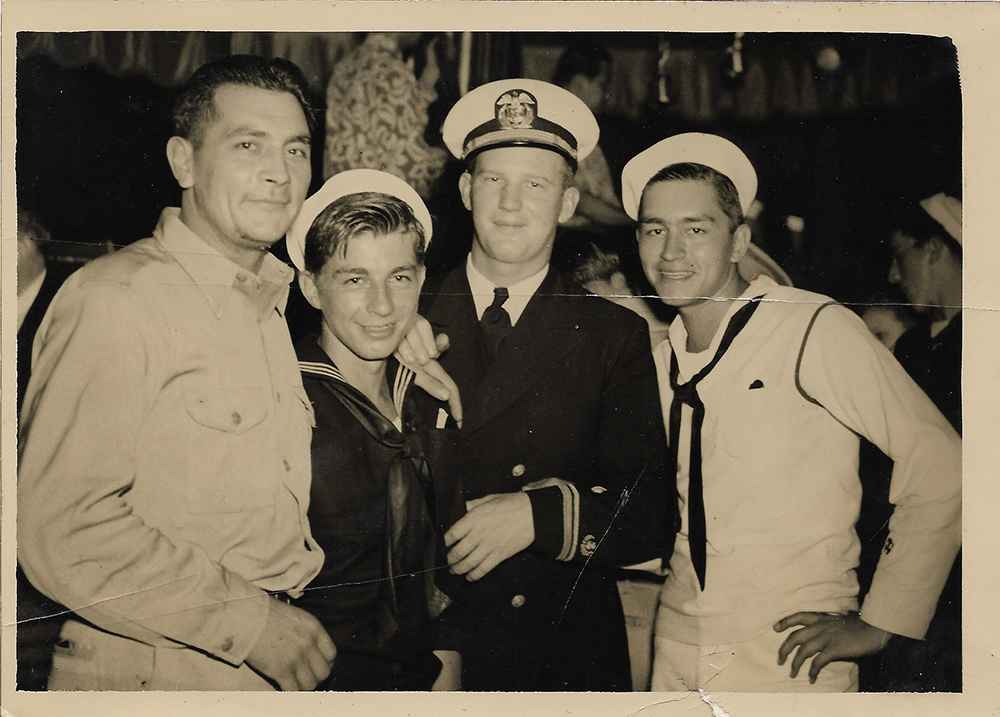 In the photo from right to left are Ernie Hill, Rainy Diabo Sr. and Norman Lefebvre. Unfortunately the officer with the peaked cap could not be identified. (Debbie Cross)

This week’s Blast from the Past takes things back to late second World War America and features two young Mohawks in the US Navy.

The setting is most likely the later years of 1944-1945 or even after the war and was taken in Buffalo, New York, probably at a legion or something of the like.

The Eastern Door spoke to Russell McComber and Diane Lefebvre to learn more about the photo that is truly a timeless classic. Norman was the father of Diane Lefebvre and Rainey was her uncle, who she remembers fondly.

“I remember his uniform hanging in the closet and his hat, he used to love his hat twisted all different ways, at the time I was maybe nine years old,” she said.

McComber also knew a bit about Hill and his life.

“Ernie Hill was from Kahnawake but he left, his mother and father were living next to where the Royal Canadian Legion is, as there used to be an old house there.

His father passed away and his mother left Kahnawake. She went to Buffalo with Ernie and he had a brother Roy Hill, and that’s where they settled down,” McComber said.

The couple said that Norman Lefebvre was also living in Buffalo at the time so it makes sense that the photo would have been taken in that city.

At this point, it is only speculation, but the uniforms of Hill and Diabo could provide clues as to where exactly they served during one of the largest conflicts in history.

Diabo is seen in the dark blue uniform and after doing some research, it is understood that that particular uniform was issued to sailors operating in intemperate conditions.

This meant that he could have served in the Atlantic theatre, perhaps on the cool and balmy seas of Europe, where German U-boats prowled the waters in search of an easy target.

The role of the US Navy during the early stages of what is now called the Battle of the Atlantic was tasked with providing escorts for merchant vessels and Allied ships, as well as combating German submarines or U-boats.

“He came back and he had a box, a black box with these, I don’t know what they were, maybe missiles or bullets,” she said.

Lefebvre also believes Diabo was part of either a submarine or minesweeper unit and that one of the items on his bucket list was to visit Pearl Harbor.

“He always wanted to go visit Pearl Harbor but he never got there,” she said.

Minesweepers were a small class of vessels whose task were to cut the cables that anchored sea mines and it was certainly a risky job, as there was no prior detection of the mines.

Ernie Hill, on the other hand, is wearing the white sailor’s uniform and it was issued for warm and tropical weather, meaning he’d have served in the Pacific against the Japanese empire.

The largest of the naval battles took place in the Pacific, with notable actions such as the attack on Pearl Harbor, the battle of Midway and the Guadalcanal campaign.

The two photographs were uncovered from the home of Debbie Cross, who is the niece of Norman Lefebvre. The photos were snuggly tucked in the back of an old photo album which Cross received from her own mother, Elsey Lefebvre, who was Norman’s sister. 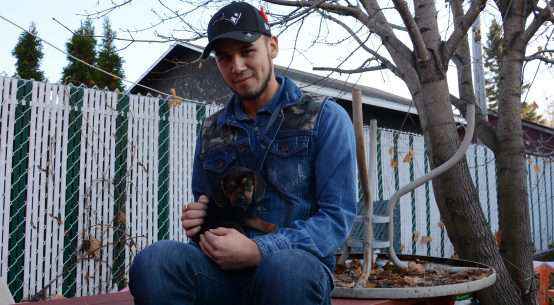 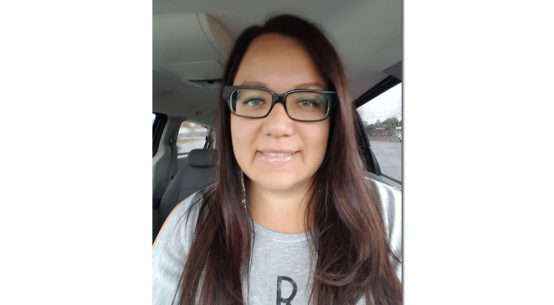 Whitebean continues to excel at school 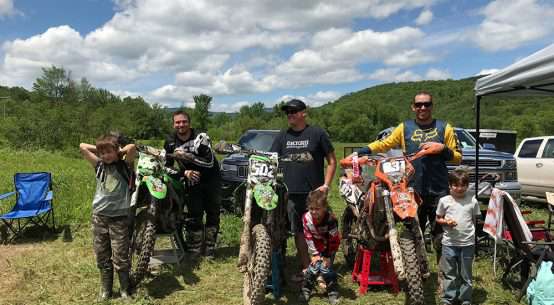 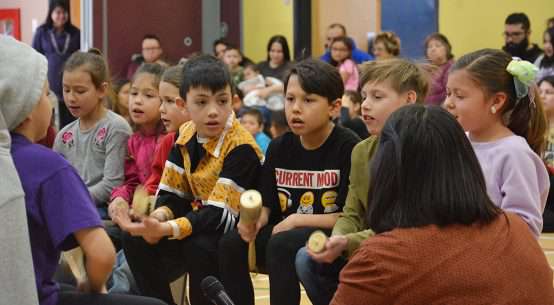