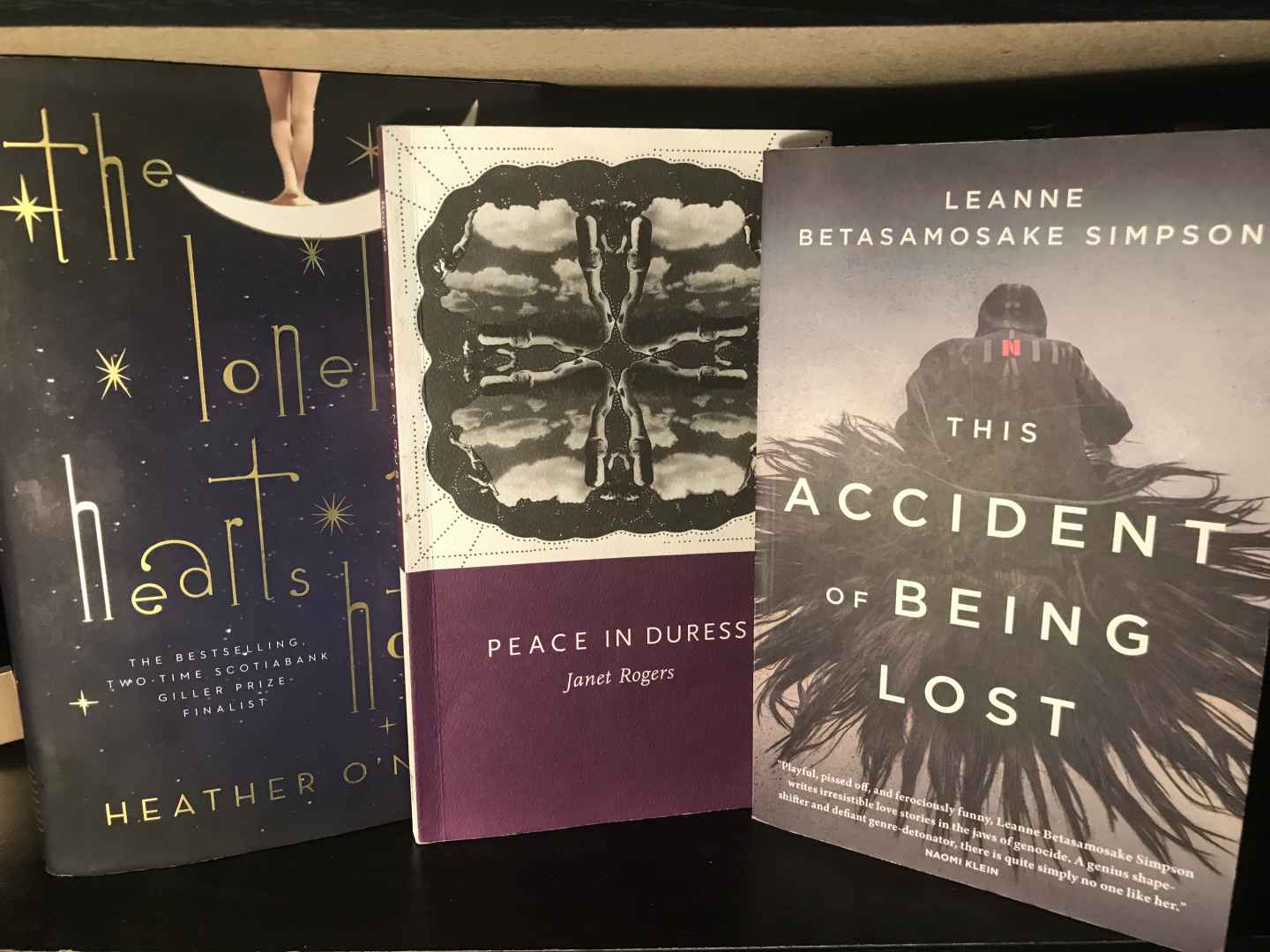 It’s warm out most days, and the perfect weather for spreading a blanket and chilling on the grass with a book. The Eastern Door found a trio of recently published books well worth a look. (Daniel J. Rowe, The Eastern Door)

Kanien’kéha and Tuscarora spoken-word artist Janet Rogers’ Peace in Duress (Talon Books, $16.95) is a dynamic, engaging, political, edgy and at times funny collection of poetry that thumps with pace and power.

“We are the generation of handwritten/Cardboard slogans/ Branding solutions and trademarking/Our movements,” she writes in “Love Is a Long Moan, displaying her talent for word play and politics.

Rogers is from Six Nations and lives on Coast Salish territory in Victoria, British Columbia. She served as the city’s poet laureate from 2012 to 2014.

For those who think poetry  is the thing of lit geeks, sappy romantics and weirdos who host Shakespeare clubs, Rogers’ book is one to check out. Don’t be surprised if you walk away with a black eye from her blend of harsh reality, activism and politics.

Do yourself a favour, read a poem.

Leanne Betasamosake Simpson’s new collection of poems, musings and short stories, much like Rogers’ book, is a powerful and poetic journey to modern Indigenous reality coupled with throwbacks to a traditional past.

This Accident of Being Lost (House of Anansi Press, $19.95) shows off Simpson’s talent as a writer in a variety of genres rooted in her Nishnaabeg culture.

She is witty, provocative and hard hitting as she breaks down reality and paints a template for decolonization.

“There’s red on the ice of the lake/there’s bruises that never heal/there’s past collapsing on present/she took things I didn’t know you could steal,” reads “Travel To Me Now,” one of Simpson’s poems.

For such a short publication (116 pages) it is full of depth and experience. When finishing the book, the reader will discover such a wealth of imagery and scenery as well as experiencing familial relations, heartache, politics and culture.

She is always able to grab the reader from the opening stanzas in a way that makes it hard, if not impossible, to not want to continue.

“We decide to get up early and paddle over to the bay that has a tiny piece of land separating it from the rest of the lake,” begins “Brown Against Blue.” “The first snow came last night, reflecting skylight back at us from the ground up and bringing respite. We’re losing fast and we all know it. The eagles left last week.”

From orphanage to Broadway

Heather O’Neill is a Montreal writer to be read if you have not already. Her first novel Lullabies for Little Criminals was a fantastic and painful book about the realities of living in poverty in Montreal that won great critical and commercial acclaim.

Her third novel The Lonely Hearts Hotel (Harper Collins, $32.99 hardcover) is equal to her first, as it follows Rose and Pierrot from abusive orphanage to abusive Montreal city life to love to clowns to Broadway to the moon to heroin and back a few times. None of that sentence is a lie, though the plot may not be in that order.

The novel is set in the early twentieth century, and O’Neill is brilliant in painting a picture of the times and its society of inequality and breadth of difference between rich and poor people.

Though O’Neill’s stories are about tough characters in tough situations, the books are never hard to read. Her sentences flow smoothly and it is difficult to put the book down once started.

The first page of The Lonely Hearts Hotel is one of the most shocking and dramatic I’ve read in a while, and is enough to grab any reader to come along for the ride. 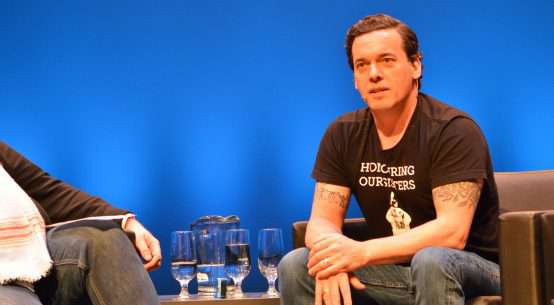 Remembering Chanie’s journey through the forest 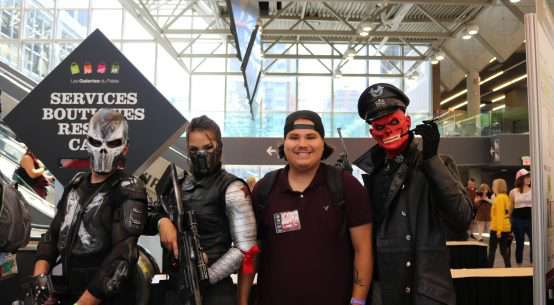 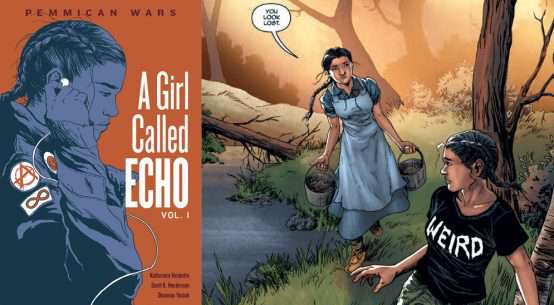 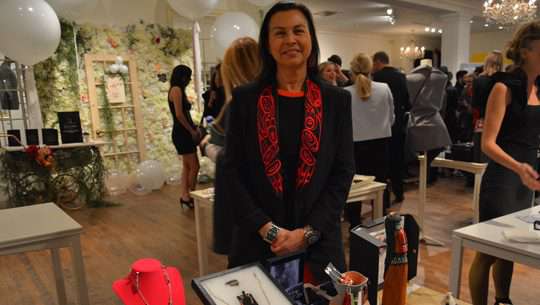