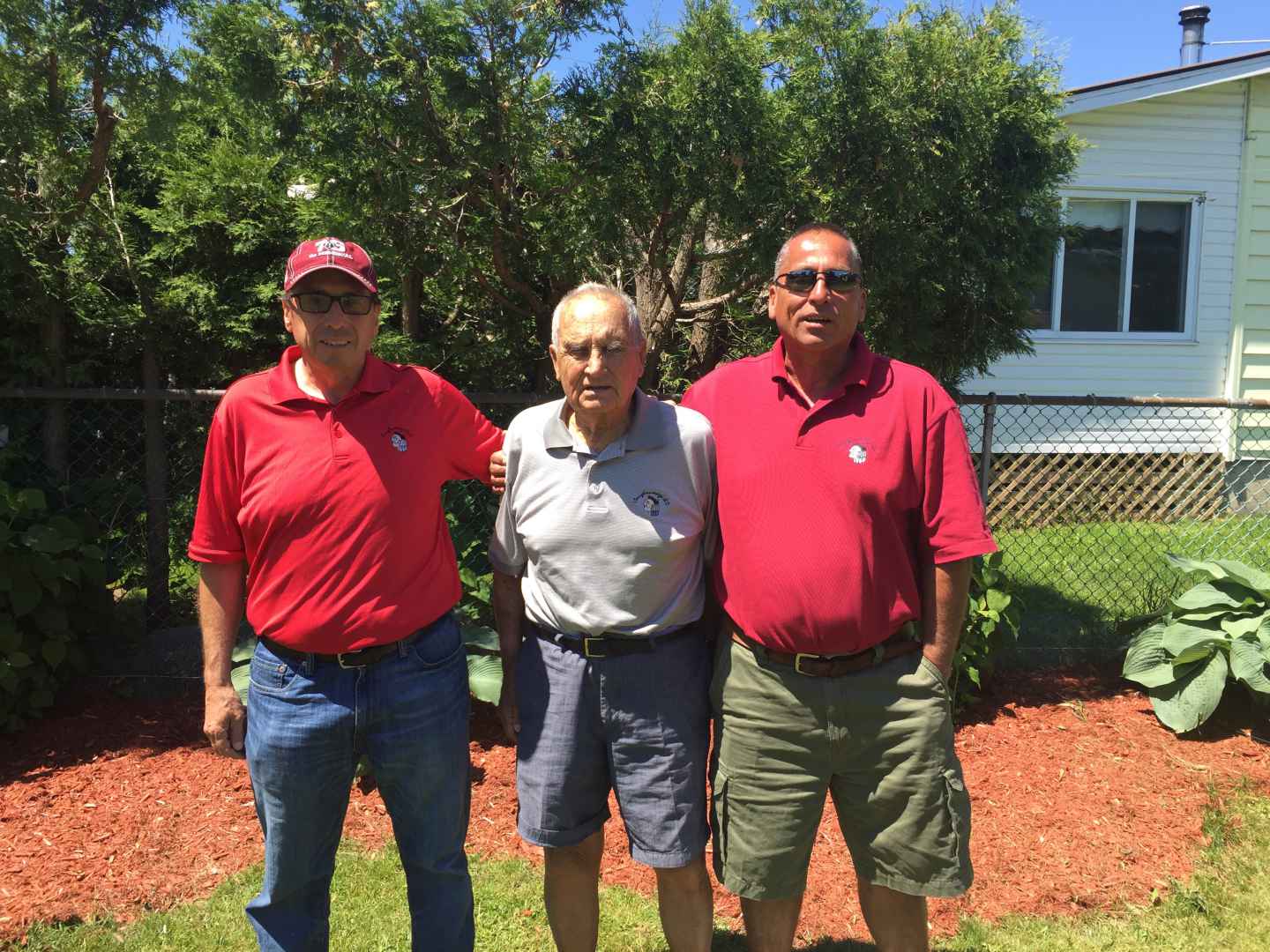 Full military honours and a horse-drawn carriage seemed fitting for the funeral procession for Angus Patton on December 30. The community’s last World War II veteran passed away peacefully on Christmas. He was 92 years old.

His nickname among his friends and even his family was The General.

“He was a unique type of man of unique character,” according to his son, Jimmy. “His work ethic was incredible.”

“He was a humble man,” Carrie said. “He was a little bit shy about the respect he got.”

That respect seemed natural for a man like Angus and he instilled it in his five children.

“His whole existence was about his family,” Jimmy said. “He was a tough man. He expected a lot out of his children. And he instilled that work ethic in us.”

“He taught us and gave us his work ethic,” Carrie said. “We had to work. Nothing was given to us. We had to work for him.”

After his career in the US Navy, Angus was gone almost every week in New York and the northeast working the iron. He later became a construction foreman. But he made sure he was close with the family when he returned to Kahnawake on weekends.

“As a little kid I remember waiting for him to come home from New York,” Carrie said. “I was always excited when he came home. I remember my mom telling me when I was about two years old, there was a big snowstorm and there was no way he was driving home through that. But I still went out looking for my daddy.”

In 1977 Patton returned to Kahnawake to concentrate on the golf course he opened in 1967, The Caughnawaga Golf Club. Patton’s drive wouldn’t allow him to retire with his feet up while sitting on a rocking chair on the back porch.

“He left his mark,” Jimmy said. “He lived a full life, a solid life. He was a man of ethics. He was man of values and principles.”

Angus and Mary also owned the grocery store on the Old Malone Highway, which is now the Mohawk Market.

“Dad was the foreman on the Verrazano Narrows Bridge at the same time,” Jimmy said. “She (Mary) ran it all. But he would come home on the weekends and butcher the meat.”

Jimmy says he still can’t believe his father has passed on.

“The suddenness of it was a shock,” Jimmy said. “We just kind of assumed that he was the kind of guy that was going to live forever.”

And the hundreds of people who showed up for the visitation and funeral almost seemed to feel the same way.

“There were people at the service and the wake saying the same thing,” Jimmy said.

Everyone who came into contact with Angus described him as humble, but the type of person you immediately respect.

Last week, hundreds of people from far and wide came to pay their respects to Angus. But his children say he may not have wanted any fuss made over him.

“Anything different or special, he wouldn’t have been happy,” Jimmy said.

“He would be so pissed off with us if he knew the kind of coverage his passing got,” Carrie said.

Angus was the kind of selfless man who volunteered to return to his ship after it was torpedoed and abandoned. His task was to destroy sensitive documents before the ship sank.

“He wasn’t strict,” Carrie said. “He had some soft sides to him with five kids. He was working all the time. But we worked. His biggest thing was always about providing for his family.”

“He always used to say to me ‘I don’t want to see any moss under your shoes. Always keep moving,’” Jimmy said. “Do something even if it takes a long time, do it.”

Angus knew that he didn’t want his children to have regrets in life.

“He would say, ‘If you don’t do something now at that time, you never get it back,’” Jimmy said.

Angus and Mary raised five children, Carrie, Andrew, Louis, Jimmy, and Cheryl. All of them worked at the golf course during their lives. A tradition their children carried on.

And that kept Angus close to his grandchildren.

“He used to dote on my daughter quite a bit,” Carrie said. “He would take her to Florida. He used to try and spoil her.”

The Patton family suffered through a terrible time in April and May 2012 when two of Angus and Mary’s children, Louis and Cheryl, passed away within days on one another.

“He was the strength of the family,” Jimmy said. “We directly got our strength from him and from my mother when they passed away.”

For Angus’ funeral, the sadness was pushed aside as his family and friends reminisced on a life well lived.

“At the funeral home I felt that this is weird, it doesn’t feel like a place of grief,” Carrie said. “It seems like we are celebrating more of what his life was. We are enjoying the stories we are hearing from the people.”

They have heard and told a lot of stories over the past couple of weeks about their dad. Hearing them made them realize that they weren’t the only ones who held Angus in the highest regard.

Carrie put it best: “He’s a pretty hard guy to live up to.”

This story originally appeared in the January 6, 2017 issue of The Eastern Door. 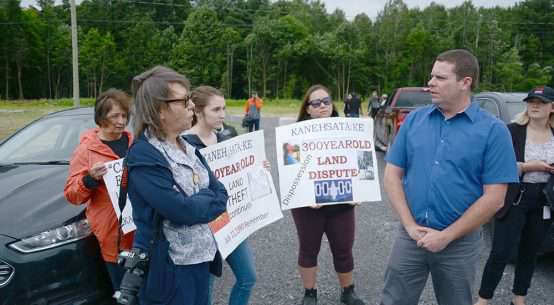 Kanesatake gears up for another fight 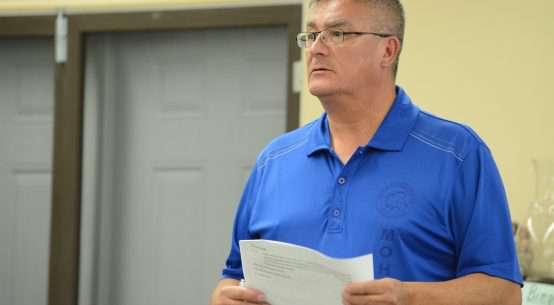 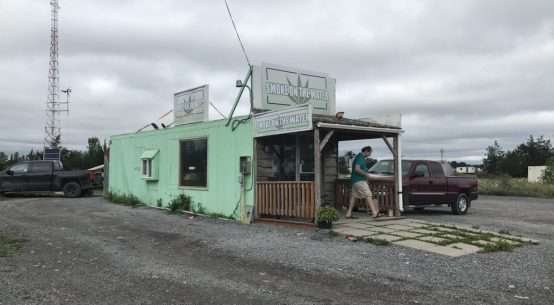 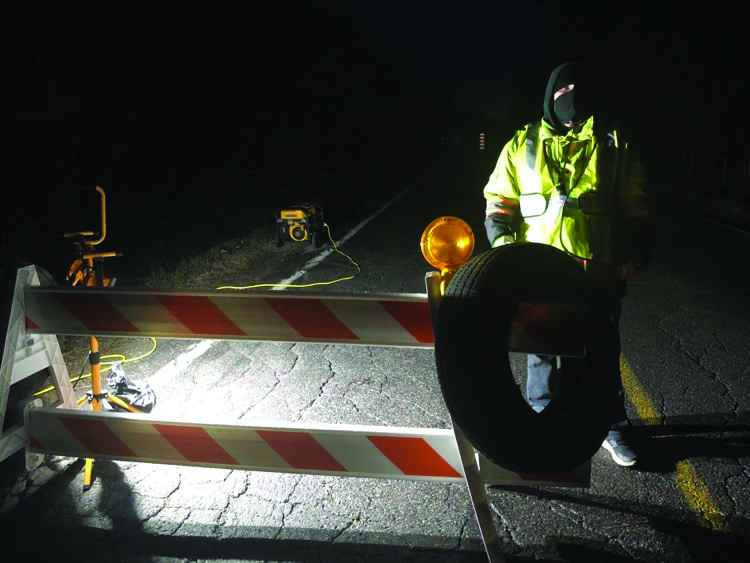