Skip to content
You are here
Home > News > Blast from the Past: Onkwehón:we at the Olympics in Montreal 40 years ago 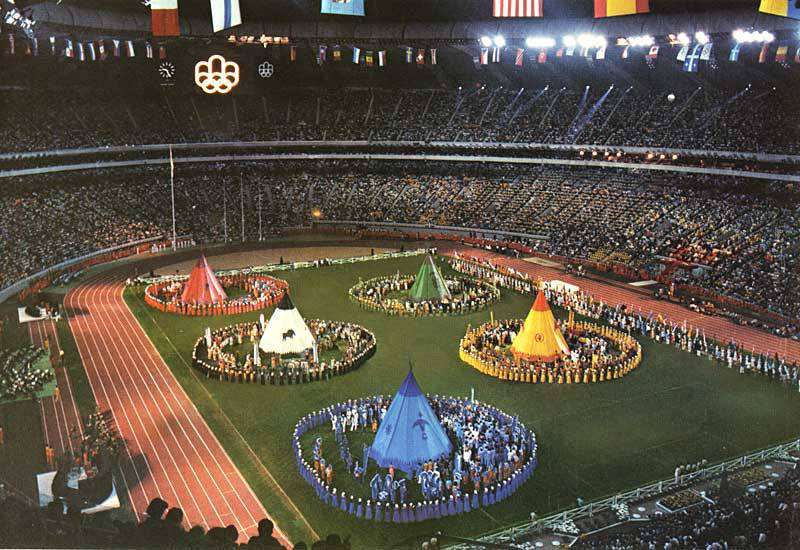 Forty years have passed since Montreal hosted the Olympics in the summer of 1976.

Janice Forsyth, an associate professor in the School of Kinesiology at Western University, said Montreal started modern day involvement of Indigenous people in the Olympic games.

“Montreal was the starting ground for it all,” she told The Eastern Door. “The first time Native people were involved in the games was 1904 and back then, it was really exploitative – they were pulled out of world fairs and made to do really embarrassing things in the Olympic games. The next time we really see them front and centre is 1976.”

During the final performance, which can be viewed online on YouTube, the dancers marched in arrowhead formation as they entered the Olympic Stadium and paraded around the track.

Five massive teepees were erected in the centre of the stadium.

“Olympic organizers appropriated a multitude of popular Aboriginal images and arranged them in a vivid and dramatic display, complete with teepees, tom-toms, feathered headdresses, flags, and buckskin outfits – all color-coordinated to match the five colors of the Olympic rings,” Forsyth described the event in her 2002 academic paper Teepees and Tomahawks: Aboriginal Cultural Representation at the 1976 Olympic Games.

The representation was far from perfect for many.

Sedalia Fazio told The Eastern Door she had the opportunity to participate in the closing ceremony as a dancer, but refused.

“I really didn’t want to wear their manufactured dresses! I’m a stickler for authenticity,” she said. “If they would have allowed us to wear our own regalia I would have been more then happy to do it.”

The late George Hill was also critical of the performance.

“We want the people from all countries to see the Indians as they really are,” Hill was quoted in The New York Times that summer.

According to the report, approximately 250 of the dancers were non-Natives dressed and painted to look like Indians. Forsyth found similar information during her research.

“Buried in a line somewhere in a report that was four volumes long, there’s a statement that says a dance troupe from Montreal was hired for the closing ceremonies and they were primarily non-Native,” said Forsyth, who is from the Fisher River Cree Nation.

Despite the criticism, several Kahnawa’kehró:non participated in the ceremony. Those that spoke with Forsyth during her research said they were not too concerned about the misrepresentations of identity and culture. Rather, they saw it as an opportunity to have an international stage for their own political purposes.

“The Natives in Quebec weren’t really recognized as people by the Quebec government at the time and they were fighting for basic rights like water, sanitation, education, housing on reserves,” said Forsyth. “To me, that said a hell of a lot about their position in society. If you scratch the surface a little bit and see where Native people are politically in the 1960s the 1970s.”

Andrew Delisle Sr. was the president of the Indians of Quebec at the time.

“The Olympics contacted me and asked if we were interested in participating in the ceremonies,” said Delisle. “They invited me to meetings and I became involved. One of the big issues that I became involved in was that a lot of people wanted to boycott it or make problems with it.”

Delisle helped mediate the problems, and was pleased with the end results.

“We had a lot of people involved right across the country, and Indigenous people from across Quebec. They participated in the whole ceremonies. It did a lot for us,” said Delisle.

For sisters Kateri Deer and Norma Canoe, the experience was also pleasant.

“It was great,” said Deer, who was 39 years old at the time. “When they came to tell us, they supplied the costumes.”

Deer, a longtime dancer, said she entered the arena representing the Montagnais (Innu) nation, along with four other community members.

“I went in for the Montagnais because I was dark like them. Some of the people on the Mohawks complained – some of them referred to us as show business Indians,” said Deer. “I said ‘I don’t mind. Look on the good side, we’re still here – we’re still at the closing ceremonies’ and it worked out pretty fine.”

While Forsyth said a lot has changed since the ’76 games, there were still problems with Indigenous involvement in the Calgary and Vancouver winter games in 1988 and 2010.

“It is really important for people to break down that discourse – Native people have been always asking for involvement in the games, but on their own terms and that becomes a real struggle for Olympic organizers because they have their own ideas of what they think should happen.” 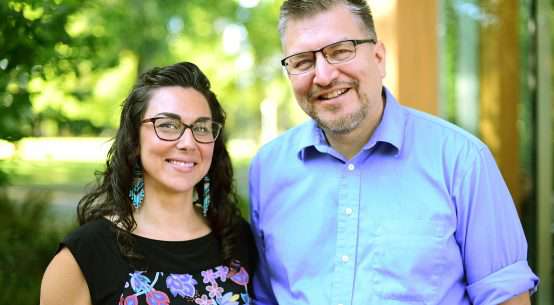 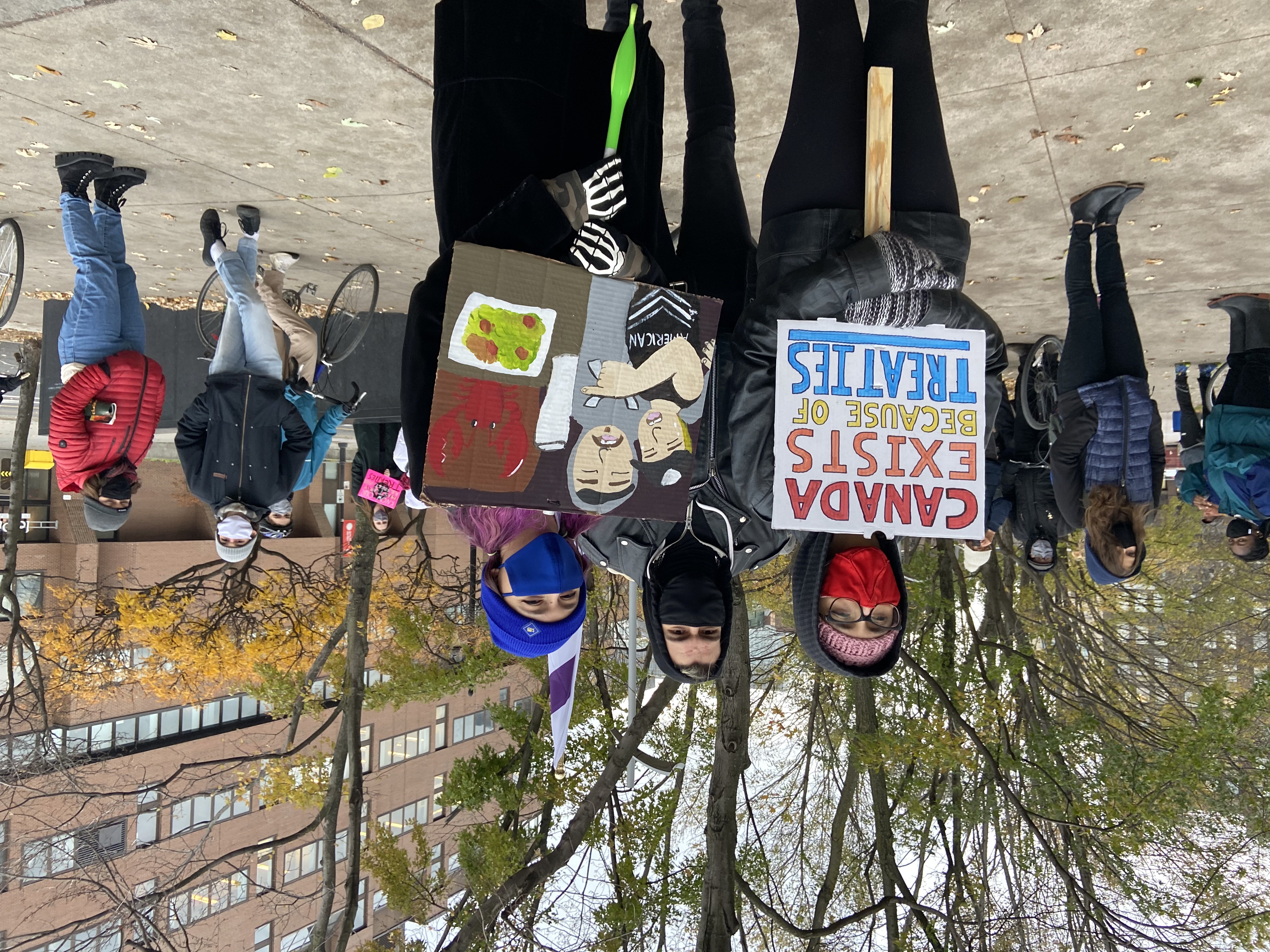 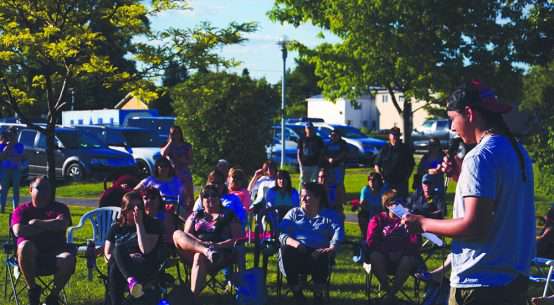 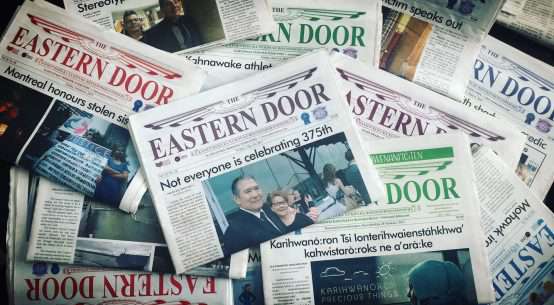 The Eastern Door is up for 18 provincial awards