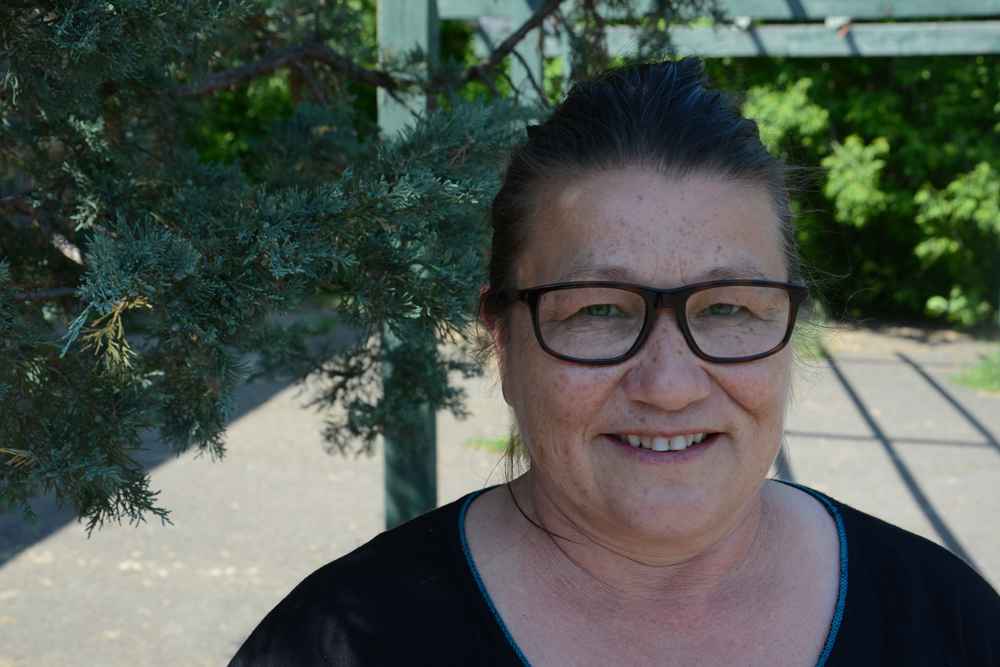 Gail Taylor noticed bit-by-bit that the sound of Kanien’kéha being spoken was decreasing. When her beloved mother passed away, it was time for Taylor to take action and bring the language back. (Daniel J. Rowe, The Eastern Door)

At 51, many start looking towards the glorious retirement years, soaking up sun on a lawn chair in Florida.

She left her job, grabbed a pen and paper, and embarked on a two-year journey to learn Kanien’kéha in the Ratiwennahní:rats Adult Immersion program.

“It was something I always had in the back of my head for many years,” said Taylor. “During those years that I was thinking of doing it, there was always something that came up at work that didn’t allow me to apply.”

During the group that graduated in 2014, Taylor’s mother, Helen Taylor, fell ill, and Gail realized that she was the last one in her family who was a fluent speaker.

“It was only after that that I realized that, ‘nope! The next group that’s coming, I’m getting in even if it meant leaving my job,’” said Gail. “I waited so long, and my goal was to be able to sit and have a conversation with my mother.”

Gail’s father, Charlie Taylor, was also a speaker and passed away when Gail was in her 20s, as were her grandparents, who died before her mother.

“I was hearing it less and less and less,” said Gail. “And even in the community you don’t hear it as much, so when you hear it, it’s very comforting to listen.”

The Taylor children grew up surrounded by Kanien’kéha, but the loss of Helen meant the language was now mostly absent from dinner tables and households in the family.

Gail decided it was time to learn.

“I said to myself, ‘well, you know what? I still have little nieces and nephews that I would love to be able to speak with,’” she said. “To carry on at least the language in my family, because it was a rude awakening when I realized that there were no speakers in my family, and I was surrounded by them all my life.”

Unlike most of her younger classmates who attended Karihwanó:ron, Karonhianónhnha or KSS, Gail had no prior educational experience with Kanien’kéha.

“I was in a time in the school system where there was not one thought of Mohawk,” said Gail. “Not one speaker. They weren’t teaching us any Mohawk let alone anything about the culture. A lot of what I had, I had from what I knew from my parents and grandparents and cousins.”

Though her parents spoke Mohawk, they did not push their kids to speak it in the home.

“My father believed in, ‘what is it going to get you?’ So he did not push it on us, even though when I was a child my mother said I did speak,” said Gail.

Over the past two years, Gail was at times sad that she could not visit her mother and have the conversations with her in the language she had always wanted.

“I really wish she were here because she would have helped me so much to get further,” said Gail. “I’m not really where I wanted to be or where I expected to be. Mostly because I have a hard time just to get it out.”

With no speakers at home, Gail visits an elder in the community as much as possible to practice and improve her Kanien’kéha skills.

She also gives her husband, Doug Lahache, simple commands such as ‘what are we having for dinner,’ or ‘what time do you want to get up,’ or ‘do you want coffee?’ to practice.

After her brother Peter Taylor left the program for health reasons, Gail inherited the vaunted title of eldest person in the class.

“It was a journey to say the least,” said Gail with a laugh. “I’m not used to being around young people.”

Gail, who is the supervisor of program services at Step by Step, and deals mainly with older people, said her classmates were helpful, and she got a kick out of the topics of conversation and stress at times.

Witnessing the growth in her younger classmates in no way inspired jealousy for Gail. Quite the opposite.

“It was nice to see them grow throughout the year because they were speaking more and more and more,” she said. “Now, it’s nice just to hear them speak. I’m so happy for them because they’re going to be the ones that are carrying it on.”

Gail will return to Step by Step in July and is encouraged as some of her colleagues are speakers and will help push her to speak more.

“I’m going to continue this journey because it never ends,” said Gail.

Gail’s journey was not easy. Learning at an older age is more difficult, but she persisted, and aided by her “great teachers” Akwiratékha Martin and Ryan Decaire, is proud of herself for making it through the two years.

“If you can do it, do it,” she said. “Don’t pass the opportunity because it was a journey for me that was a love/hate relationship. There were times when I was ready to throw in the towel because I was like, ‘oh my god. I don’t understand. I don’t get it, and everyone’s moving on and I’m still kind of in a place where it’s not going in.’ But I’m glad I stuck with it.” 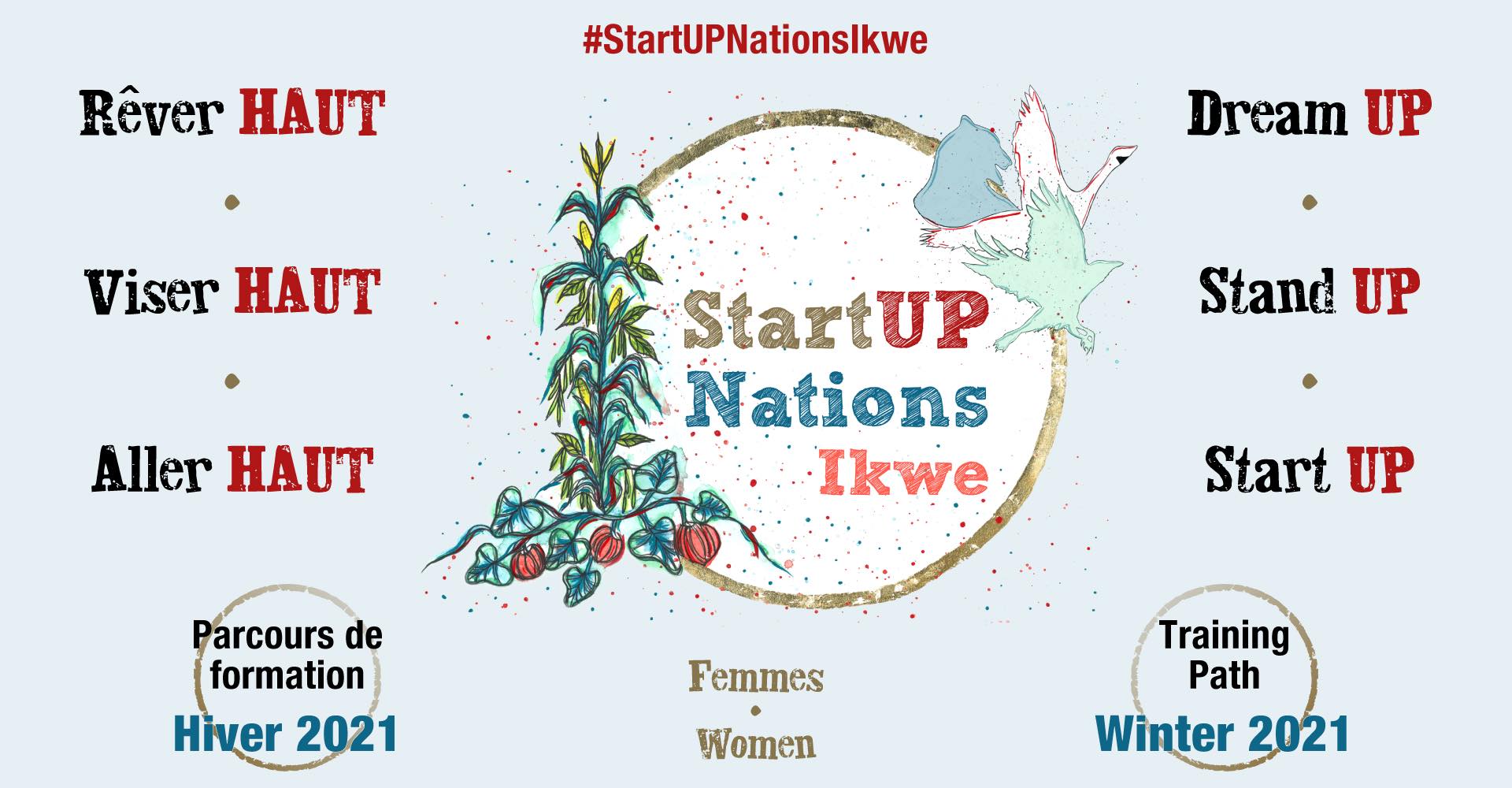 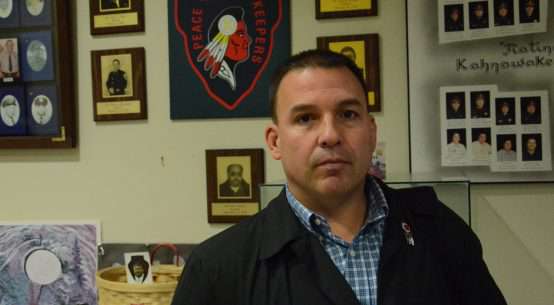 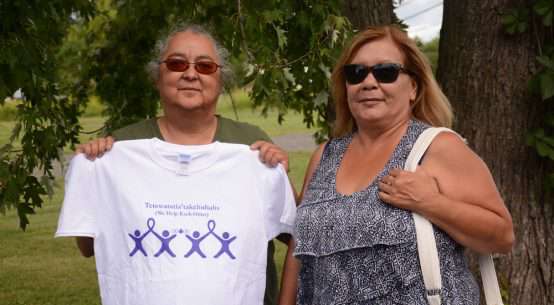 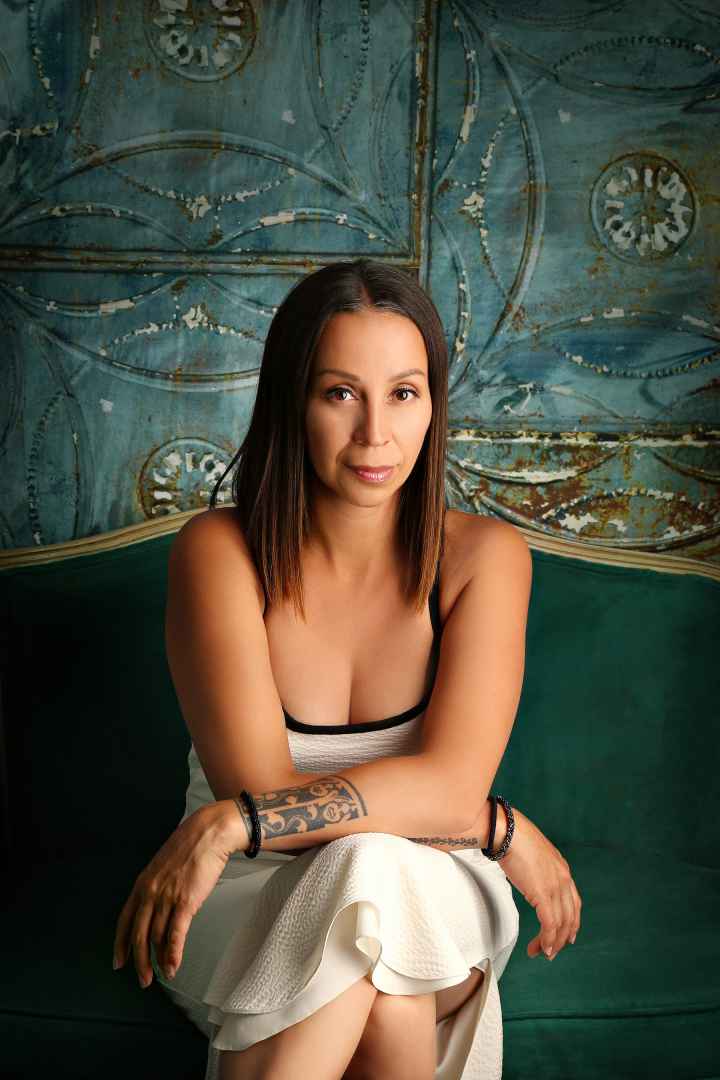