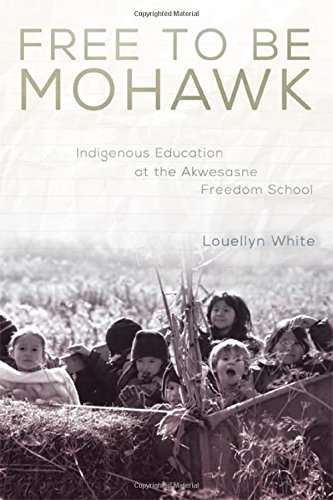 It is a question that is being answered in Onkwehón:we countries across Turtle Island: how does a community take hold of its education system and ensure its children retain traditional knowledge while being able to succeed in higher education?

Author Louellyn White takes readers on a tour of the southern portion of Akwesasne (St. Regis), and the issues, struggles and successes associated with establishing a school in the community.

“This book covers the struggles and complexities of language revitalization and retention in the community of Akwesasne, while telling the story of the AFS, a Kanien’kéha language and cultural immersion school started by Mohawk parents,” writes White in the book’s introduction.

Adding first-person reflections from past and present Freedom School students throughout the book is a nice touch from the author, as it illustrates the school’s impact.

White also is wise in providing historical and political contexts.

“Overall the book focuses on the AFS as an example of how one community asserted its sovereign right to self-education and made schooling an agent of positive change,” the author writes. “Ultimately it addresses what it means to be ‘fully Mohawk.’”

Part of the success of the book comes from White’s ability to write subject matter that is engaging and flows smoothly. Stories about educational systems or institutions can get bogged down in information that is hard to follow. The book includes charts and diagrams that illustrate the point made in the writing.

A particularly interesting one features an Indigenous model of holistic education with the Ohén:ton Karihwatéhkwen as the roots of a tree whose branches includes the words of teachers, parents, ceremonies, nature, leadership and others that create a holistic learning environment centered on Mohawk values.

The book is not all about education either.

White writes about the language and identity struggles, political factionalism and jurisdictional strife that the school grew out of. She does a good job of balancing the negative with the positive while describing events.

“For two years Akwesasne residents experience conflict that tore at the fabric of the community and at the core of Mohawk identity,” she writes in the chapter “Drums along the St. Regis.”

“The socio-political divisions in Akwesasne had become well organized, permanent schismatic political entities in the community. After generations of oppression and imperialistic policies, the conflict was the driving force behind the assertions of empowerment and nationhood and pushed a community towards positive change.”

White is a thoughtful writer. She knows that many outside Akwesasne will be interested in her book, and Free to Be Mohawk is a helpful tool for those wanting to understand grass roots-developed education in a community.

Those in a Kanienkehá:ka or other Onkwehón:we community, likewise, get a glimpse of inspiration in a successful attempt to rebuild and repair language roots.

The school, as White writes, is about both education and her community’s culture.

“Schooling at the AFS does not separate education from Mohawk culture,” White writes. “The AFS is not merely an institution for learning. Its holistic educational process grounded in the traditional worldview prepares students to have strong Mohawk identities and equips them for life inside and outside the community.”

White also grapples with the idea of being “fully Mohawk” throughout the book. She ties the answer to this question to education and values.

She summarizes the opinion of an elder she spoke to in the chapter “Becoming ‘Fully Mohawk.’”

“Being Mohawk is not a given granted by being biologically Mohawk,” she writes. “Rather, that responsibility is to family, to community, to carrying on values, ceremonies, songs, and traditions and becoming a true Mohawk.”

The quote is followed by an examination of a series of Haudenosaunee values.

The book may have been helped with some criticisms of the Freedom School, or some areas that it may be lacking. As an outsider unfamiliar with the school, it would have added to the portrait to read where the school struggles or gaps that have become apparent. It is hard to imagine there being none at all.

Slight criticism aside, Free to Be Mohawk is a good and important book. It left this reviewer hoping that others will pick up the idea and write about Kahnawake’s educational institutions.

There is a book launch January 29 at Concordia University’s School of Community and Public Affairs at 2149 Mackay Street in Montreal. White will be present to answer questions and speak about her book. 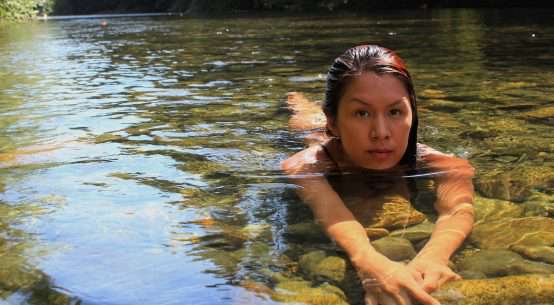 Standing in defiance of stereotypes 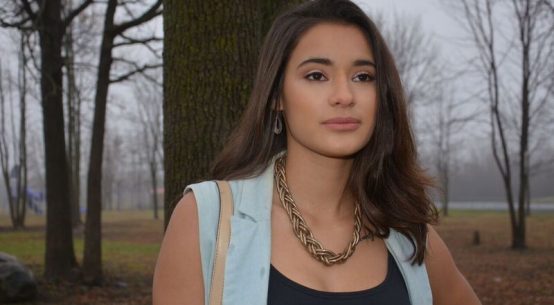 All that glitters and shines is probably gold lamé 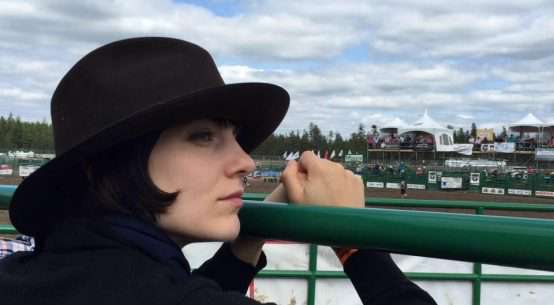 In flip flopping weather, reach for tried and true 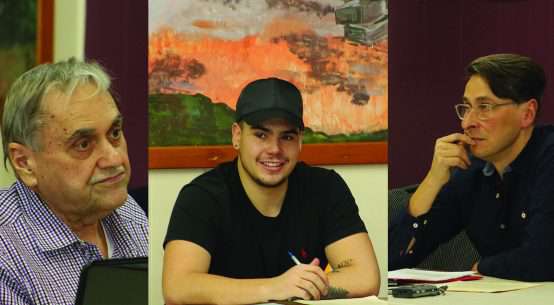